She was born in Ludwigsburg Germany on January 21, 1922 to Otto and Ria Wagner. She grew up in North Bergen, NJ, studying cello under Evsei Beloussoff at The Juilliard School and at the Henry Street Settlement School in New York City.

She performed extensively in orchestras and ensembles in New Jersey, eventually winning a full scholarship to Stetson University in Deland, Florida. While at Stetson she taught in the Music School, both as an undergraduate and as a graduate student, and was a member of the Faculty String Trio. She served as president of Alpha Xi Delta sorority and the Panhellenic Society. After graduation, she taught at Hockaday School for Girls in Dallas, Texas.

She married Stuart Ling in 1948 and moved to Wooster in 1949. She played cello in the Wooster Symphony Orchestra, where she held first chair for many years and holds the distinction of having played under every conductor of the ensemble from founder Dan Parmalee through the current maestro, Jeffrey Lindberg.

While raising three daughters, she was a beloved teacher of German at Wooster High School; her students still refer to her fondly as “The Frau.” After retiring from the High School, she taught cello students at home and at Central Christian school and played in several ensembles including the Secrest String Quartet, the Ashland Symphony, and the Mansfield Symphony. Additionally, she performed with Stuart at brown bag events both as a cellist and as a vocalist, and provided music for countless weddings, funerals and regional community events. After moving to West View, she continued to perform in recitals for the residents and their guests well into her 90s. A lifetime gold member of the American Federation of Musicians, she held cards in Local 802 (New York City), Local 78 (Syracuse), and Local 159 (Mansfield).

Later in life, she and Stuart traveled extensively both worldwide and domestically, and met their goal of visiting all fifty states.

Those who knew her always recall her zest for life, sharp sense of humor, extraordinary ability to connect with others and her dedication to making good music.

A private interment at St. James Episcopal Church will occur on what would have been her 101st birthday. A memorial service is scheduled for Saturday, March 25, 2023, with details to follow.

The family requests that in lieu of flowers, contributions may be made to The Terry W. Ling and Stuart J. Ling Memorial Fund. (The fund will endow an annual scholarship to a music education major with a preference given to a cellist). Checks may be made out to The College of Wooster with “Ling Memorial Fund” in the memo and mailed to 1189 Beall Avenue, Wooster, OH 44691. 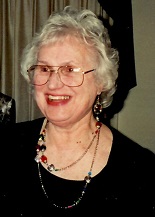