WOOSTER  Last Thursday evening December 19, 2013 Guilford Grover Johnson, 90, died peacefully at Brenn-Field Nursing Center in Orrville after a period of declining health.
Guil was born September 29, 1923 in Detroit MI to Grover J. and Florence (McConnell) Johnson and moved to Cleveland when his father started his own advertising agency.
He attended Shaw High School in East Cleveland where he was a member of the fencing team, the Thespians and was president of his Valhalla fraternity.
After graduating in 1941, he enrolled in a civilian flight training program and soloed for the first time at age 19. Trained in the service as a navigator, Guil achieved the rank of a 2nd Lieutenant in the United States Air Force. He subsequently graduated from Miami (OH) University and married Helen M. Alexander in St. Louis on March 26, 1946.
From 1948 till 1981 Guil served as advertising-merchandising manager at Rubbermaid Inc. During his tenure there, he was highly respected for his marketing expertise in the housewares business in the US, Canada, Mexico and Europe. It was during this time that Rubbermaid partnered with Ketchum, MacCleod, and Grove to produce the Roughneck  commercial which won a prestigious Clio award for TV advertising excellence.
Guil was a life-long hunter and Spanish language aficionado and continued pursuing these passions beyond his working years. He relished his time in pursuit of prey in the woods as much as his participation at the mesa de conversacion at Lowery Center. During retirement, he and Helen enjoyed their many cats and picnicking at the tree farm in Holmes County, in addition to traveling, gardening and tending the Johnson Memorial Forest.  Guil was a knowledgeable firearms enthusiast and skilled gunsmith. He enjoyed frequent visits to the Gun Shop and could often be found scouring area gun shows in search of gangas ( bargains ).
Guil was preceded in death by his wife of 62 years and will be deeply missed by his sons Guilford Guil , Peter (Laurie) and daughter Andrea (Bill) Bostancic all of Wooster and by four grandchildren Emmanuel of Akron, Mark (Mary) of Chicago, Robert and Abigail (Jeremy) Clevenger of Wooster; great granddaughter Amelia of Wooster, great granddaughters Quatana Black and Nanny Lauenberger of Akron and great great grandchildren Revel and Natalia also of Akron.
Conducted by Pastor Jacob Dotson, private funeral services celebrated his life Tuesday afternoon December 24 at McIntire, Bradham and Sleek Funeral Home in Wooster.  Afterwards a military color guard honored the service he rendered to his country at Wooster cemetery where he and Helen – together again – were then laid to rest.
The family extends their sincere thanks to Companions of Ashland and Brenn-Field Nursing Center of Orrville for the loving care and support of their father and grandfather during his final months. Their kindness will always be remembered.
On-line condolences may be left for the family at www.mcintirebradhamsleek.com.

Service
Private family services were held on December 24, 2013 at the funeral home

Visitation
There were no calling hours 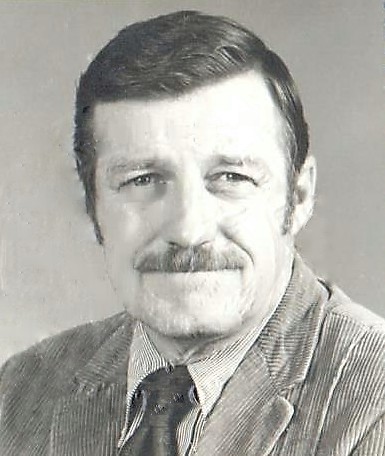