Memorial Contributions
WOOSTER – Barbara Brooks Michl (95) died on April 2, 2014 at West View Manor.
She was born on July 18, 1918 in Seattle, Washington, the only child of Wilson ClarkBrooks and Mary (Leggett) Brooks. She spent her childhood in Canton, Ohio andgraduated from Kent State University in 1936 with a major in Education and a minor inFine Arts.
She married Wm. Joseph Michl on November 9, 1940. After their marriage she andJoe lived in Steubenville, Ohio where he was editor and publisher of The SteubenvilleHerald-Star. They had three daughters, Maryanna (Tony) Biggio, Molly Jane (Fred)Hurand and Brooke (Jerry) Michl-Smith, She was known as Butchie to her family andfriends. She was a member of Zion United Church of Christ in Steubenville and afounding member of The Steubenville Art Association where she held many offices overthe years.
Butchie had an exuberance for life which was infectious to all around her. She had agreat sense of humor and she always rooted for the underdog. She had special friends inSteubenville who would gather for a good game of bridge or euchre. She enjoyedplaying gin rummy with her son-in-law, Tony, and was always up for a challenging gameof scrabble. She loved to read, especially mystery novels.
She had impeccable reasoning, for example, teaching her daughters to learn to drive instandard shift because You never know when someone will park a garbage truck in frontof your driveway and you’ll have to move it to get out.
She will best be known and remembered for her legacy of paintings, particularly inwatercolor medium. Her paintings are in permanent collections in Ohio and around thecountry. She studied under Elmer Novotny, Wes Wagner, Zolton Szabo, Frederick Graffand others, and most recently with Connie Barnard at West View Manor.
She leaves behind five grandchildren: Joanna Biggio, Gus Biggio, Megan Bateman,Ben Hurand and Ruby Smith; five great grandchildren: Tony Biggio, Alex Biggio,Magdalena Biggio, Emily Bateman and Benjamin Bateman. She was preceded in deathby her husband, Joe, and daughter, Molly Jane.
The family wishes to thank the staff of West View Manor for their loving care ofButchie, Hospice of Greater Wayne County, and Sharon Pooler with Patch and Tino, tinytherapy dogs with giant hearts.
A family memorial will be held at a later date.
McIntire, Bradham & Sleek Funeral Home, 216 E. Larwill St., Wooster is assisting the family.
Online condolences may be left for the family at www.mcintirebradhamsleek.com. 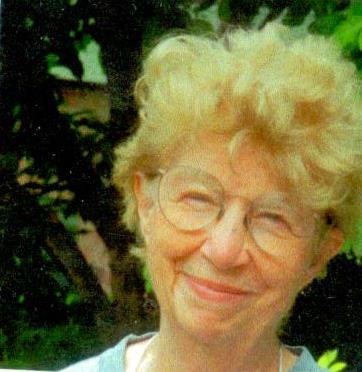