Pauline Elizabeth Hoffman Mohr, 92, of Navarre, formerly of Shreve died Friday April 11, 2014 at the Alter Care of Navarre.
She was born December 15, 1921 in Fredericksburg to Otis and Lucille Scott Hoffman.   She graduated from Fredericksburg High School in 1939.   On March 18, 1945 she married Weldon L. Mohr.   He preceded her in death on March 11, 1988.
Pauline was employed by Weaver s Store in Fredericksburg as a clerk and at Triway High School from 1966-1992 as a secretary.   She was a member of Zion Lutheran Church in Wooster and attended St. Paul United Church of Christ in Navarre as well.   She was an advisor for the Valley College Girls 4-H, treasurer of the Triway Music Boosters when they were raising funds for the first purple uniforms for the Triway High School Band, a member of the Farm Bureau, SW7 and a big fan of Triway sports.   When Pauline was able she enjoyed attending the Women of the World Bible Study.   She enjoyed travelling to Amish country and to Indiana.
Pauline is survived by her children Fred (Debbie) Mohr of Canton and Diana (Ken) Youngman of Navarre; grandchildren Mark (Kendra) Youngman of Green, Ryan (Carrie) Mohr of Middleburg Hts., Darla (Josh) Booth of Waynesburg and Amy Jo Mohr of Canton; great grandchildren Leah Mohr, Caleb, Olivia and Jillian Youngman, Alexander Booth and Madeline Brilla; aunt Mrs. Donna Scott of Wadsworth; numerous nieces, nephews and cousins and her dearest friend Mrs. Frances Barrows of Indianapolis.
Along with her husband, Pauline was preceded in death by her parents and a brother Harold Hoffman and a sister Maxine Smith.
Funeral services will be held at 2:00 PM on Wednesday April 16, 2014 at McIntire, Bradham & Sleek Funeral Home, 216 E. Larwill St., Wooster with Rev. Elaine Tullis officiating.   Interment will follow in Fredericksburg East Cemetery.   Friends will be received at the funeral home on Tuesday evening from 6-8 PM and one hour prior to the service on Wednesday.
Pauline was a breast cancer survivor and the family wishes contributions be made in her memory to the Susan G. Komen Foundation, Attn: Donor Services, PO Box 650309, Dallas, TX 75265-0309 or to the Community Hospice of Massillon, c/o Community Hospice, 716 Commercial Ave. SW, New Philadelphia, Ohio 44663.
Online condolences may be left for the family at www.mcintirebradhamsleek.com

Service
Funeral services will be held at 2:00 PM on Wednesday April 16, 2014 at the funeral home

Visitation
Tuesday April 15, 2014 from 6-8 PM and one hour prior to the service on Wednesday at the funeral home 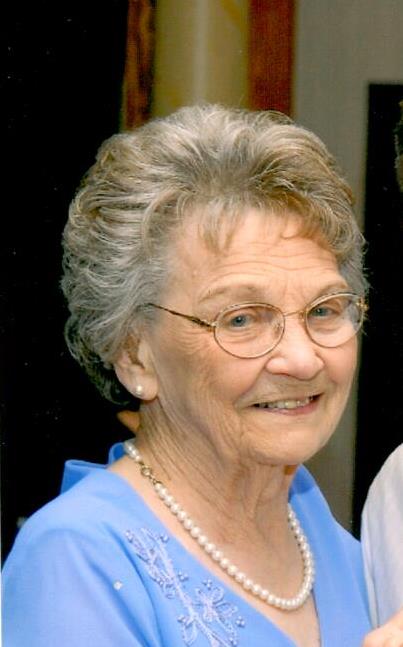