WOOSTER  Dr. Joel Fuller Pratt died on Thursday, June 19 at Wooster Community Hospital after a brief illness, with his family present. He was born April 26, 1922 in Fremont, Ohio to Howard and Annis (Fuller) Pratt and grew up in Clyde, Ohio. He graduated from Clyde High School in 1940 and Phi Beta Kappa from the College of Wooster in 1943. He graduated from the OSU College of Medicine in 1946. While in medical school he also served his country in the U.S. Army medical corps and later at Camp Stomen until his discharge in 1949.
He then started his medical practice in Wooster in 1949, initially with Dr. Robert N. Wright. He was on the staff of Wooster Community Hospital from 1949-1986 when he retired from his medical practice. He was also medical director for the Wayne County Care Center from 1950-1986. He was team physician for the College of Wooster football team from 1951-1981, and Waynedale High School 1959-1976. He was a member of the Wayne County Medical Society where he had served as secretary-treasurer from 1953-1959.
Joel had a life-long concern with environmental issues, and was a member of several organizations concerned with those issues. He was also a supporter of social justice organizations. He was an avid golfer, enjoyed reading, especially history of the civil war, baseball, classical music, good jokes and most of all time spent with family and friends.
He is survived by Becky, his wife of 35 years. Also surviving are his children Michael (Linda) Pratt, Jeff Pratt, Christie (Stuart) Spaulding, step-children Justin (Kristen) Smith, Abby Smith and daughter-in-law Linda S. Pratt, grand children Alyssa (Jason) Pratt-Miranda, Taylor (Almeera) Pratt, Sean Spaulding, Megan Spaulding, step-grandsons Adam and Samuel Smith, and great grandsons Jude and Toby Miranda.
In addition to his parents he was preceded in death by his first wife Suzanne and a sister, Martha Lawry. To honor Joel s wishes, there will be no services.
Those who wish, may make contributions to Natural Resources Defense Council (NRDC), 40 W. 20th St., New York, NY 10011: Southern Poverty Law Center, 400 Washington Ave., Montgomery, AL 36104: or Every Woman s House, 104 Spink St.,   Wooster, Ohio 44691.
Arrangements made by McIntire, Bradham & Sleek Funeral Home. Online condolences for the family may be left at www.mcintirebradhamsleek.com.

The bustle in a house
The morning after death
Is solemnest of industries
Enacted upon earth, 

The sweeping up the heart,
And putting love away
We shall not want to use again
Until eternity. 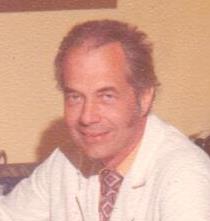