WOOSTER  Casimir A. Cas  Coppola, 84 of Wooster passed away Thursday, June 26, 2014 at Smithville Western Care Center.   He was a beloved husband, devoted father, fun-loving tatun (grandfather), caring brother and a loyal friend.
He was born January 19, 1930 in Wooster, the son of Carlo and Flavia Gasbarre Coppola.   He was married to Mary Rose Nolletti on August 25, 1954 in Logan, West Virginia.   She preceded him in death on June 23, 2004.
He retired from the East Ohio Gas Company in 1992 after 32 years of employment and had worked part time at Wooster Floral.   Cas was an active member of St. Mary Parish and School.   He was involved as a 4th degree Knight of Columbus.   He also served as scoutmaster for St. Mary Troop #63 for many years, where he earned the prestigious St. George Award.   This award is the highest honor for adult Catholic Scouters.   He was active in the Democratic Party.   Cas loved spending time with his grandchildren, family and friends.   He enjoyed sharing fond memories of his Italian heritage of which he was extremely proud.   His hobbies included gardening, collecting wooden ducks and Santa Clause s.
He proudly served his country with the U.S. Air Force during the Korean War.
He is survived by his children Cynthia A. (Richard) Edington of Shreve and David (Robin) Coppola of Orrville; grandchildren, Carli (Mike Burkle) Edington, Daniel Edington, Sarah Edington, Jenna Coppola and Brittany Besancon; a brother Carlo (Carol) Coppola of Los Angeles, Calif. and a sister Catherine (John) Kasserman of Apple Creek and a sister-in-law Betty Coppola of Wooster.
In addition to his wife, he was preceded in death by his parents and siblings Melanie Wolfe, Bernard Ben  Coppola, Jean Gard, Anna Coccia and Alice Hernandez.
Friends will be received at the McIntire, Bradham & Sleek Funeral Home, 216 E. Larwill St., Wooster on Sunday, June 29, 2014 from 5-7:00 p.m.   A Rosary service will be recited at 4:15 p.m. by the Knights of Columbus.
A Mass of Christian Burial will be celebrated on Monday, June 30, 2014 at 10:00 a.m. at St. Mary Catholic Church, 527 Beall Ave., Wooster with the Rev. Stephen Moran as the celebrant.   Burial will follow in Sherwood Memorial Gardens.
Those who wish may make contributions to St. Mary Catholic Church, PO Box 109, Wooster, OH 44691.
Online condolences may be left for the family at www.mcintirebradhamsleek.com.

Visitation
A Rosary will be recited at 4:15 p.m. by the Knights of Columbus followed by calling hours from 5-7:00 p.m. 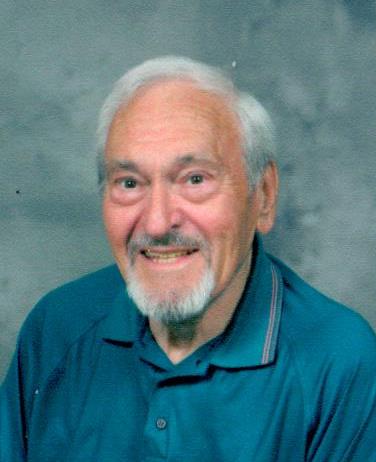