WOOSTER – Florence L. Rice, 96, Wooster, Ohio, died at Glendora Care Center on July 16, 2014. Shewas born on October 26, 1917 in Manlius, New York, to Joseph and Nila Clark Lomery.
She attended Cortland College, Syracuse University and Indiana University, and inAugust 1942, she enlisted in Women’s Army Corps and was commissioned a 2nd Lt. inNovember 1942. She served as the Commanding Officer of a company at Fort Bliss, TX. Shethen served in The Philippines and in New Guinea, where she was awarded the Asia PacificTheater Campaign Medal with two Bronze Stars.
Mrs. Rice married William Rice in April 1946. She and her husband became residents ofWooster in 1952. William died in 1994.
Florence was a former member of the Physical Education Faculty at The College ofWooster. She taught swimming and was instrumental in instructing swimming classes at Ida SueSchool and Apple Creek Developmental Center.
Florence was an avid golfer and was many times the women’s golf champion at WoosterCountry Club, as well as Ohio State Senior Champion. She was considered a leading golfer inThe Cleveland area. She was an accomplished skier and skied many areas in Europe and theUnited States. In addition to her interest and participation in athletic activities, Florence was anavid reader of history and historical novels.
She is survived by three sisters: Dr. Elizabeth Bums, Albany, NY; Shirley Lomery,Oneida, NY; and Mrs. John Eichhorn, Santa Monica, CA. In addition to her husband, she waspredeceased by a twin brother, Francis.  Mrs. Rice was a parishioner at St. Mary Catholic Church.
At her request, her cremains will be interred at the Ohio Western Reserve National Cemetery,Rittman, Ohio.
The family wishes to thank Theresa McCoy for the devoted care she so generously gaveto Florence in her final years.
McIntire, Bradham & Sleek Funeral Home, 216 E. Larwill St., Wooster is assisting the family.
Online condolences may be left for the family at www.mcintirebradhamsleek.com. 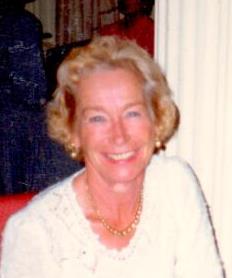