WOOSTER  Nancy Lucille Maiwurm, 68, of Wooster passed away Friday, December 26, 2014 at Wooster Community Hospital.
She was born February 8, 1946 in Lodi, the daughter of Russell and Lucille Hofacker Wagner.   She married Edward K. Maiwurm on October 9, 1966.   He preceded her in death on June 4, 2011.
She had been a dental assistant for 35 years for Dr s Johns and Stewart and had owned 2nd Time Around Consignment Store for 15 years.   Nancy was a member of the Wooster United Methodist Church, a member of the Wooster Eagles Auxiliary and Kappa Nu Chapter of Beta Sigma Phi Sorority.
She is survived by her children, Julie (Michael) Shetler of Crestview, Florida, Jay (Kim) Maiwurm of Shreve and Janell (Kevin) Cooper of Wooster; grandchildren, Claire, Luke, Brooke, Tiffany, Colton, Seth, Caleb, Olivia, Garrett, Jaicee and Jayla; her sisters, Norma Booth, Janet Hershberger, Janis (Max) Kennedy all of Wooster and a sister-in-law, Meredith (Duane) Hart of Wooster and her beloved cat Molly.
In addition to her husband, she was preceded in death by her parents and a sister Marilyn Ramsier.
Friends will be received on Sunday, December 28, 2014 from 2-400 p.m. at the McIntire, Bradham & Sleek Funeral Home, 216 E. Larwill St., Wooster.
Funeral services will be held on Monday, December 29, 2014 at 10:00 a.m. at the funeral home with the Rev. Charles Tobias officiating.   Burial will follow in Sherwood Memorial Gardens.
The family would like to thank the staff of LifeCare Hospice, Smithville Western Care Center and the ministers of the Wooster United Methodist Church.
Memorial  contributions may be made to the funeral home to help defray expenses.
Online condolences may be left for the family at www.mcintirebradhamsleek.com. 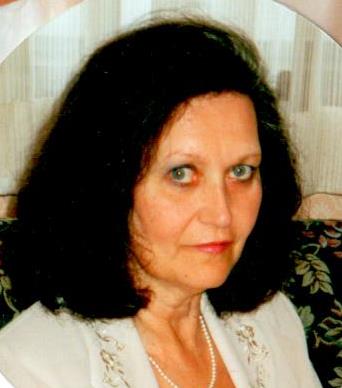