WOOSTER – Janet L. Schuch, 80, of Wooster died Friday, January 16, 2015 in Wooster Community Hospital.
She was born April 2, 1934 in Ashland County to Ray and Vida Uhler Gardner.   On September 13, 1960, Janet married Edward F. Schuch.   He preceded her in death in 2009.
Janet had been a cashier at Smith s Grocery for many years and had previously worked as a beautician.   She enjoyed knitting, crocheting, boating, bowling, cooking and spending time with her grandchildren.
She is survived by her daughter Kimberly (Greg) Schuch-Estep of Wooster; grandchildren Kara and Karli Schuch, Kamryn, Kassidy and Kaden Edward Schuch-Estep; great grandchildren Aubrey and Brayden Schuch and a brother Dale Gardner of Ashland.
Along with her husband, Janet was preceded in death by her parents and sisters Viola Bower and Beulah Noe.
Friends will be received on Friday, January 23, 2015 from 6-8 p.m. at McIntire, Bradham & Sleek Funeral Home, 216 E. Larwill St., Wooster.
Private family services will be held at the Wooster Cemetery.
Contributions may be directed to LifeCare Hospice, 1900 Akron Road, Wooster, OH 44691.
Online condolences may be left for the family at www.mcintirebradhamsleek.com

Service
Private family burial will be held at the Wooster Cemetery. 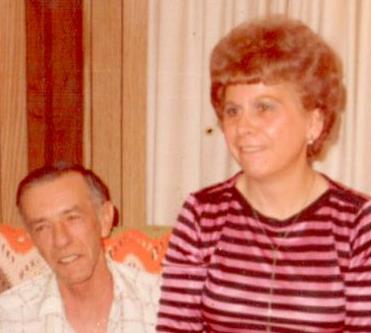