Together Again 
WOOSTER  Homer Schmid, 90, of Wooster passed away on Wednesday, February 4, 2015 at Glendora Health Care Center.
He was born March 9, 1924, in Yankeetown (Wayne County) Ohio and spent his youth in the Blachleyville and Shreve area.   He attended Yankeetown Elementary School, Shreve High School and graduated from Wooster High School in 1942.
After high school, he joined his two brothers in the WWII Battlefield, serving with the US Navy on board the USS Inch in the South Pacific as a Torpedo man.
He met Lorain Fisher at Montauk Point, New York, while in the navy.   They were married on July 1, 1945 in East Hampton, New York.   They celebrated 66 years of marriage before she preceded him in death in 2011.
As a local businessman, he was a partner in Schmid and Miller Mechanical Contractors from 1945-1960, was the owner of Homer Schmid Plumbing from 1960-1980 and then was the owner of The Battery House from 1980-1998.
His favorite things to do were camping, golfing and mushroom hunting with his friends in Michigan.   He was a life time member of the Wooster Moose Lodge, Wooster Elks Club and the Shreve American Legion. And was a charter member of the LeRoy s Liars  Club where he spent many enjoyable Saturday mornings with his friends.
Homer is survived by his sons, Tim (Nancy) of Wooster, John (Lydia) and Steve (Kathy) of Millersburg; 5 grandchildren, 4 great-grandchildren and 2 great-great-grandchildren.
In addition to his wife, he was preceded in death by his father, Ralph Schmid; mother, Fern Becker; his stepfather, John Becker and brothers, Duane and Silver Schmid and a grandson, Tyler Bartrum.
Friends may call on Friday, February 6 from 4:00  6:00 p.m. at the McIntire, Bradham & Sleek Funeral Home, 216 E. Larwill St., Wooster where a memorial service will be held at 6:00 p.m.   Burial will be in the Blachleyville Cemetery at a later date.
The family would like to thank the staff at Glendora Health Care for taking such great care of Homer and LifeCare Hospice for their special care.
Memorial contributions can be made to the Wooster Hospital Auxiliary, 1761 Beall Ave., Wooster, OH 44691.
Online condolences may be left for the family at www.mcintirebradhamsleek.com.

Service
Memorial service on Friday, February 6, at 6:00 p.m. at the funeral home 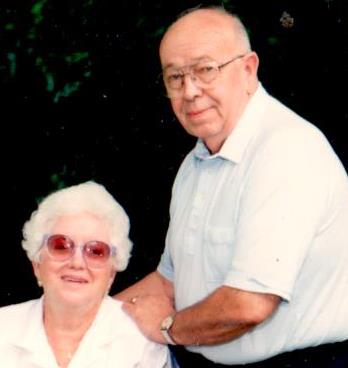