WOOSTER – Richard H. Shorty James of Wooster passed away on February 4, 2015 at the age of 90 at the Apostolic Christian Home in Rittman, Ohio after several months of declining health.
Shorty was born in Wooster on March 8, 1924 to Ernest and Leitha James. He graduated from Wooster High School in 1942 and enlisted in the United States Army Air Corps in 1943. Shorty served his country as a flight engineer on B24 bombers from 1943-1945 with the 15th Army Air Command stationedin Italy. During that time, he participated in 30 combat missions. Upon his honorable discharge, Shorty returned to Wooster to join his father in the family business, James Garage that Ernest began in 1923.
Shorty’s brother, Bill, also served in the United States Army Air Corps during World War II as a pilot until his untimely death following a mission in the Asian theatre.
Shorty met Betty Bowers in Wooster and married her on January 18, 1947. Together, they had two daughters, Barbara and Sandra, whom they raised in Wooster. Shorty’s career as an automotive mechanic with the James Garage spanned over 50 years until the business finally closed in 1999 to make room for the current Wayne County Public Library. Over that time, Shorty became a familiar face of downtown Wooster as many merchants, customers, and friends found their way to his garage where they spent many hours around his pot belly stove discussing a myriad of subjects.
For many years, Shorty was actively involved in the Lake Erie Antique Automobile Club of America. In his free time, Shorty enjoyed restoring his own personal fleet of Chevrolet cars and trucks, spending time with his grandchildren, going to antique auctions, and cheering on the Cleveland Indians from the comfort of his back patio.
Shorty is preceded in death by his beloved wife Betty who died in 2010.
Surviving are his daughters, Barbara (John) Somogy of Wooster and Sandra (Pete) Sisson of Brecksville.Shorty is survived by his grandchildren, Derek and Wesley Somogy, and Christopher Sisson and SarahSable. He is also survived by five great-grandchildren.
There will be no immediate services as Shorty has donated his body to the Ohio University School ofOsteopathic Medicine. However, a gathering celebrating the lives of Shorty and Betty will be arranged ata later date.
Shorty’s remains will eventually be laid to rest at the Ohio Western Reserve National Cemetery inRittman alongside Betty’s.
Memorial contributions may be made to the LifeCare Hospice, 1900 Akron Road, Wooster, OH 44691 or to the Apostolic Christian Home, located at 10680 Steiner Road, Rittman, OH 44270.
The Somogy Family would like to cordially thank Beth Entsminger, LifeCare Hospice, the ApostolicChristian Home and the Frank Wilson family for all of their love and care given to Shorty during the finalstage of his life.
McIntire, Bradham & Sleek Funeral Home, 216 E. Larwill St., Wooster assisted the family.
Online condolences may be left for the family at www.mcintirebradhamsleek.com. 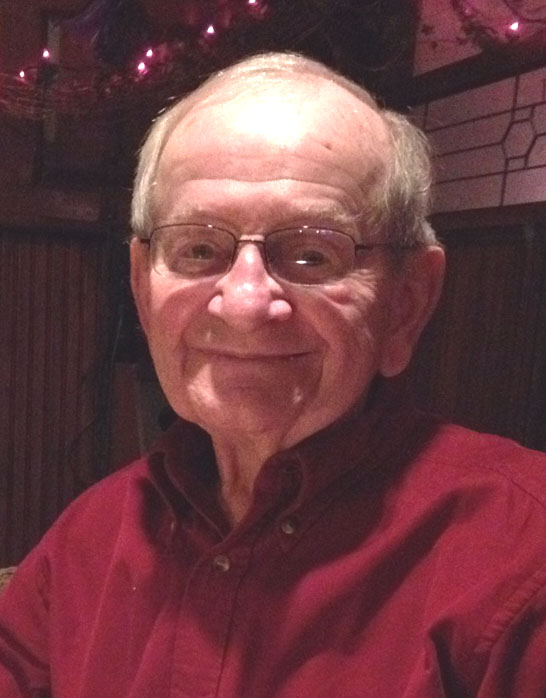