WOOSTER – William J Courson, 80, died March 13, 2015 peacefully with his family by his side in Wooster, Ohio.
Born in Barberton to the late Harold and Mildred Courson, Bill grew up in Barberton and graduated from Barberton High School and Heidelberg College. He was preceded in death by his wife of 28 years, Cheryl Ann Forst and is survived by his wife of 30 years Brenda Kinney.
Bill and Cheryl moved to Wooster in 1979, when he was named CEO of Peoples Federal Savings Bank.      He then became a Financial Advisor with IDS/American Express.   Bill volunteered with Habitat for Humanity and Wooster United Way and was a member of Wooster Rotary and Wooster United Methodist Church. He was past president of the Wooster Country Club, and a member of the Elks Lodge.    In Barberton, Bill was active in Barberton youth sports, the Barberton Jaycees and the Barberton Rotary.   Bill was an avid golfer and Cleveland Sports fan who loved working in his yard and attending his children’s/grandchildren’s sporting events.    He enjoyed playing poker with his poker club and playing bridge with his life long bridge friends.
His children include Bill Jr. (Ginger) Courson, Becky (Will) Moore, Scott (Cindy) Courson, Susan Beth Courson (deceased) and Todd, (Whitney) Courson. Stepchildren are, Mark Kinney (deceased), Mike (Diane) Kinney, Kim (Carlos) Owen, Krista (Ted) Amstutz and Kelley Kinney (fiancÃ© Denny Garn). Bill leaves behind 21 grandchildren and 2 great grandchildren.
Bill accomplished many things during his full and eventful life.   Bill was an Eagle Scout, licensed pilot, played running back for the Barberton Magics (where his nickname was crazy legs Courson ), played football at Heidelberg College, and took great pride in the Christmas train set he created for the enjoyment of his grandchildren.   He will be deeply missed by family and friends.
The family would like to thank the staff of Danbury Woods of Wooster for their care and compassion for Bill.
In lieu of flowers, memorial contributions may be made to Wooster  United Methodist Church, 243 N. Market St., Wooster, OH 44691.
A  memorial service will be held Saturday, March 21, 11:00 a.m. at Wooster United Methodist Church, with Rev. Charles Tobias officiating.   There will be no calling hours.
Online condolences may be left for the family at www.mcintirebradhamsleek.com. 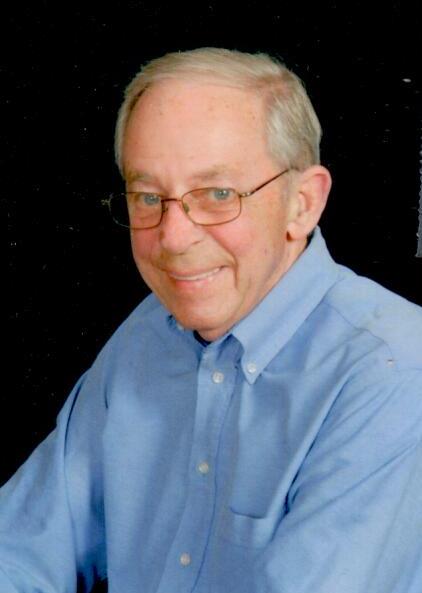