WOOSTER – Richard Brown Dick  Barrett of Wooster, passed away Wednesday, June 10, 2015 at LifeCare Hospice in Wooster.
He was born February 11, 1930 in Findlay, OH, the son of Paul V. And Gertrude K Barrett. Hegraduated from Findlay High School, and the College of Wooster. He also attended GeorgeWilliams College in Chicago and did post-graduate work at the University of Maryland.
On June 16, 1951 he married the love of his life, Mary Alice Kneisley. He was a veteran of theUnited States Marine Corps having served in Korea from 1951-1953.
After teaching and coaching at Shreve High School in Shreve, OH for five years, he joinedRubbermaid, Inc. in 1961. He was in sales with the Home Products Division in the SanFrancisco, CA area unti11965. He then returned to the main office in Wooster and worked in themarketing dept. until retirement in 1992.
Following retirement, he worked at the College of Wooster L. C. Boles golf course from 1993until May 2015.
He was a long time member of the Wooster United Methodist Church and served on severalcommittees and sang in the choir.
Having played on the 1948 Findlay High School State basketball team, he was later inducted intothe Hancock County Sports Hall of Fame.
His favorite hobbies were golf, duplicate bridge and music. He was a charter and foundingmember of the Wayneaires Barbershop Chorus, sang in several quartets and did manyarrangements for both the chorus and quartets.
Dick was a past president of the Wooster Duplicate Bridge Club. He also served on the boardsof the Land 0′ Scots alumni association and the ‘W’ Association of The College of Wooster.He was a member of the Elks lodge of Wooster.
Surviving are his wife, Mary Alice, twin daughters Kathy Dunkin (Phil) of Columbus and BeckyRutledge (Scott) of Wooster; grandchildren Kate Kerscher (Russ) and Matt Dunkin ofColumbus, Tom Rutledge of Torrance, CA and Molly Sipos (Corey) of Wooster; great-grandchildren Daniel and Emily Kerscher of Columbus’ and Kinsey and Everley Sipos ofWooster.
He was preceded in death by his parents, a brother George, and sisters in law, Virginia andNancy.
A private family service will be held in the Gault Chapel at the Wooster United MethodistChurch on Friday.  The family will receive friends in Wesley Hall following the service from11: 15 a.m. until 1:00 p.m.
Those who wish may make memorial contributions to LifeCare Hospice, 1900 Akron Rd., Wooster, OH 44691.
Online condolences may be left for the family at www.mcintirebnradhamsleek.com.
McIntire, Bradham & Sleek Funeral Home, 216 E. Larwill St., Wooster is assisting the family. 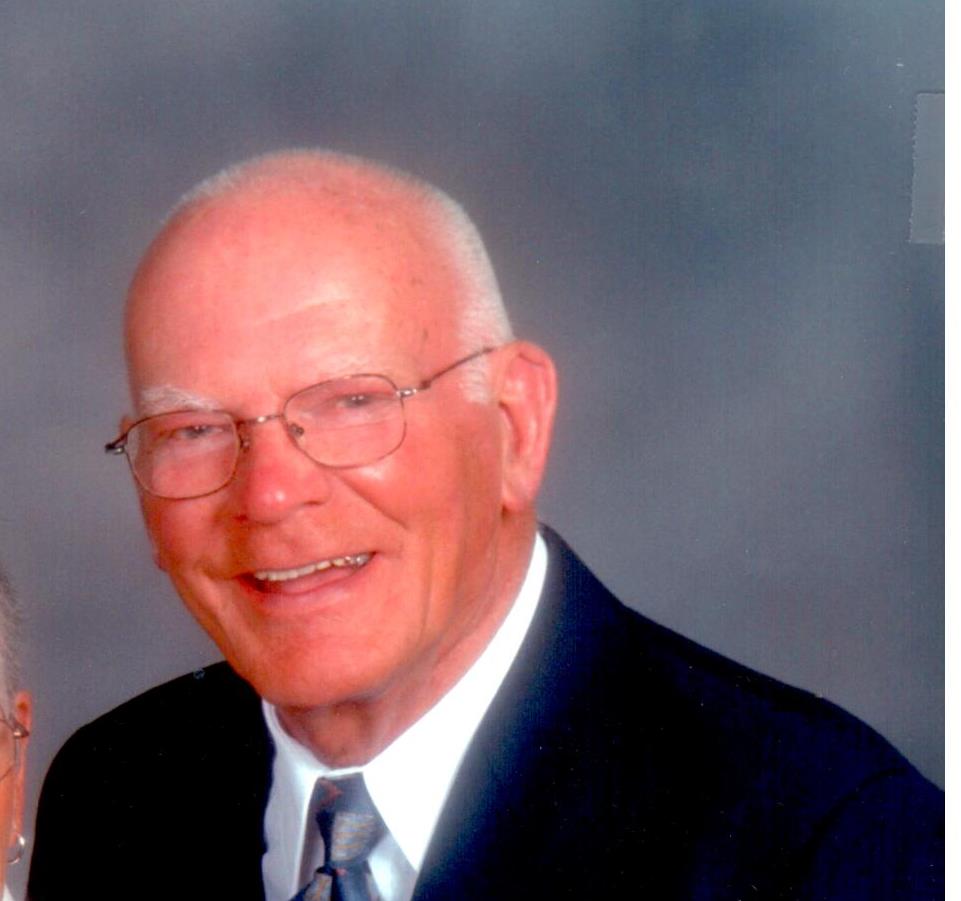