James L. Flory, 71, of Wooster died Thursday June 25, 2015 at LifeCare Hospice, Wooster following a long battle with cancer.
Jim was born May 24, 1944 in Wooster to the late Ralph and Kathryn Richards Flory.   He graduated from Wooster High School in 1962 and married Norma Snure June 21, 1963.   Their marriage was dissolved in 1980, and Jim went on to meet Linda Wade Sinclair at a Parents Without Partners dance.   They were married December 19, 1981.   Jim and Linda moved to Sarasota, FL in 1985, where they enjoyed life to the fullest, working hard, playing harder!   They cruised, they joined a Harley Davison motorcycle group, and they boated and made many friends.   They supported each other when their health declined, hers with a kidney transplant and Jim s with heart bypass surgery and oral cancer.
He began his long career in automotive service at Underwood Lincoln Mercury in 1968 and had been employed at Matthews Ford and Palotta upon returning to Wooster in 2000.   While employed at Stinnett Pontiac in Sarasota, Jim earned Master Service Advisor 1992-1996!
He retired from automotive and enjoyed working part time at Buehler s Milltown.   Jim coached the Underwood Lincoln Mercury Hot Stove Team 1974-1976.   He was an avid C.O.W. men s basketball fan, West Holmes girls  basketball, Cavs, women s softball and Barret Jackson Auctions.
Jim is survived by his daughter Deborah Ellis of Apple Creek, step children Pamela (Allen) Troyer of Millersburg and Bradley (Jayne) Sinclair of Wetumpka, AL; 7 grandchildren; 3 great-grandchildren and a brother Richard Flory of Wooster.
He was preceded in death by his wife, Linda, in 2012 and his parents.
Friends will be received on Tuesday June 30, 2015 from 6:00-8:00 PM at the McIntire, Bradham & Sleek Funeral Home, 216 E. Larwill St., Wooster.      Graveside services will be held on Wednesday, July 1, 2015 at 11:00 a.m. at the Fredericksburg East Cemetery with Hospice Chaplain Bob Grover officiating.
Contributions may be directed to St. Jude Children s Research Hospital, 501 St. Jude Place, Memphis, TN 38105.
The family would like to give a special thanks to the LifeCare Hospice volunteers who took such care of Jim.
Jim loved cars and the family would love to see as many as possible come out to celebrate the life of Jim Flory.
Online condolences may be left for the family at www.mcintirebradhamsleek.com 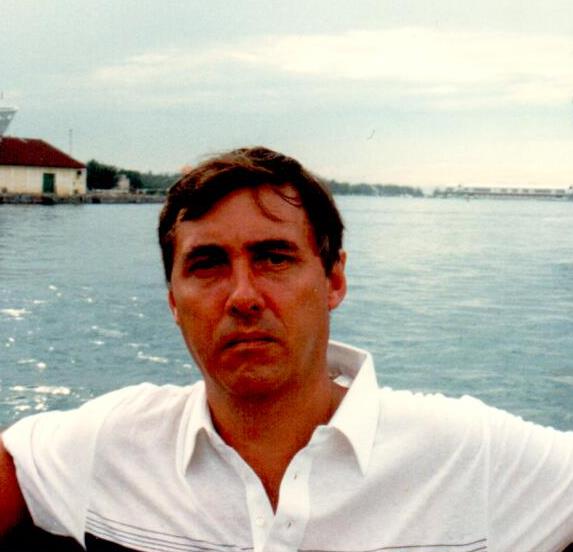