WOOSTER  Anna G. Ross, 93, of Wooster passed away Sunday, July 19, 2015 at Danbury Woods Assisted Living Community.   Giving and sharing were sewn into Anna s soul and she would have come unstitched if she didn t find a way to give you something.  She was in awe of how nice people were to her.  She would often say, I don t know why everyone is SO nice to me  or I don t know why they like me. 
She was a hard worker who loved cats, year-long cloth calendars, and comics.  I think she cut out every Calvin and Hobbes comic strip ever created.  She also loved clipping out little tidbits from newspapers or magazines containing little life tips or stories, like the note circa 1800 of motherly advice to a newlywed daughter about the steps to washing clothes.  She wanted to clip out anything that made her smile so she could share a smile with someone.
Her biggest complaint, later in life, was her arthritic hands which made her apologize for her handwriting, in writing; and eventually prevented her from writing notes to reach out and thank people for their thoughtful cards.  She loved the cards she received, even when she was uncertain who sent the card.  She would glow over the nice card and how thoughtful for someone to send such a nice thing to her.
Anna was born in Pittsburgh, PA to John J. and Elizabeth Weitz Gallagher. Her family moved to Apple Creek where she graduated salutatorian from Apple Creek High School in the class of 1939.  She was employed by Horn Nursing Home and Collier Printing Company, but her favorite job was creating life and raising her six children.
Anna was rarely sick.    On June 11th, 2015 she had a stroke which left her partially paralyzed.  She died peacefully in her bed on Sunday July 19th at 5:30pm at Danbury Woods where she hosted many visits from family and longtime friends and made many new friends during her stay.
She is preceded in death by her parents; John J. and Elizabeth Weitz Gallagher, her siblings John J. Gallagher, Eileen Lacy, and Marian McCue, her daughter Elizabeth Sheldon, and her dear friend and sister-in-law Bernadine Gallagher.
She is survived by her sons Robert, Harold, George, John, and Chris; her grandchildren David Sheldon, Amy (Sheldon) Bainbridge, Atalanta Ross, Laura (Sheldon) Banner, Elizabeth Ross-Peterson, and Cole Ross; her great-grandchildren Katherine Sheldon, Logan Smith, and Alexandra Sheldon; her favorite son-in-law Ronald Sheldon; and many friends so dear to her she considered them family.
A memorial mass will be held on Friday July 24th at 10:00 a.m. at St. Mary s Catholic Church, 527 Beall Ave., Wooster with the Rev. Joseph Seebauer as the celebrant.
McIntire, Bradham & Sleek Funeral Home, 216 E. Larwill St., Wooster is assisting the family.
In lieu of flowers please consider a donation to LifeCare Hospice, 1900 Akron Rd. Wooster, OH 44691.
Online condolences may be left for the family at www.mcintirebbradhamsleek.com. 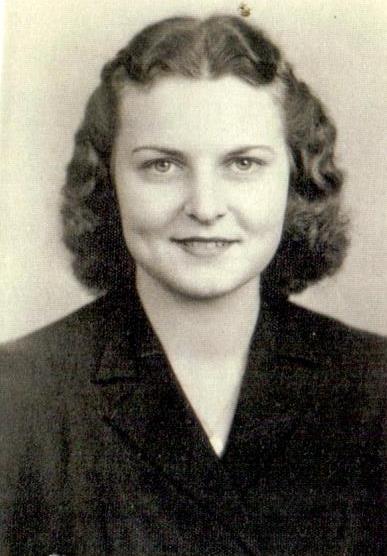