WOOSTER  Donald Richard Jones, 83, of Wooster passed away on Thursday, April 7, 2016 at Smithville Western Care Center.
He was born February 16, 1933 in Portsmouth, the son of Earl and Gladys Belvine Jones.   He married Alberta Foltz on August 16, 1956.   She survives.
He was a 1950 graduate of Woodrow Wilson High School in Youngstown and retired from the Wooster Brush Co. in 1993 after 25 years of employment.   He did a lot of woodworking and in retirement he made many clocks to donate to charity.   Donald loved to help people and was a long time blood donor.
He was a beloved husband,  father and grandfather  and his giving and caring nature and sense of humor will be missed.
He proudly served his country with the U.S. Navy during the Korean War.
In addition to his wife, he is survived by a daughter, Carol (Joe) Chenevey; grandchildren, Courtney, Ben and Andrew Chenevey, a great-grandson, Riley Parsons and a brother Jack Jones of New Middletown, Ohio.
He was preceded in death by his parents, and infant son, Donald E. Jones, sister s Dolores Martin and JoAnn Gela and a brother, Robert Earl Jones.
There will be no calling hours and private family services will be held.
McIntire, Bradham & Sleek Funeral Home, 216 E. Larwill St., Wooster is assisting the family.
Those who wish may make contributions to the Alzheimers Assoc., 70 W. Streetsboro St., Suite 201, Hudson, OH 44236. 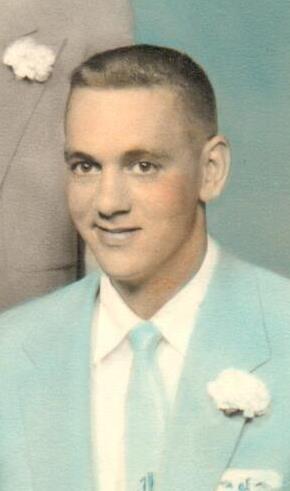