WOOSTER – Alvin Al M. O’Hanlon, 83 of Wooster (formerly of Ft. Lauderdale, Florida) passed away on Monday, May 16, 2016 at Danbury Woods Retirement Community. He was born on October 19, 1932, in East Liverpool, the son of George and Adelaid (Schon) O’Hanlon, where he grew up and left at age 19.
He is survived by his daughters, Catheleen (Joe) Melendez of Ridgecrest, CA and Sharron Sherry (Greg) Ferrell of Wooster; grandchildren, Hilary Johnson of Ridgecrest, CA, Jason (Rosario) Ferrell of Wooster, Alicia Ferrell of Kent, Aundrea (Nathan) Wonnacott of Palmdale, CA, and Katelyn (Travis) Miles of Logan, UT; and great grandchildren, Patrick Choate, Luke Wonnacott, and Abigail Wonnacott. He is preceded in death by his parents and seven siblings: Frances, George, Jeannie, Keith, Clarence, Martha, and Keren. He will be missed by family and his many friends in Ft. Lauderdale (particularly the staff of Peter Pan Restaurant, a place where he felt at home).
Al attended St. Aloysius Elementary in East Liverpool, where he was a member of their first football team. He graduated from East Liverpool High School in 1951. He worked at Hall China until the end of the 1951 ELHS football season after which he joined the United States Air Force, knowing at that time he would make a career of it. His first day of basic training at Sampson AFB, New York, was Thanksgiving Day.
He was subsequently trained as an aircraft mechanic at which he worked until he entered Officer’s Candidate School in September of 1959 and graduated as a Second Lieutenant on March 18, 1960. He graduated from Electronics Officer School at Keesler AFB, Mississippi in May of 1961. He remained in that field until his retirement as a Major on June 30, 1972. He served tours of duty in England, Japan, and Taiwan. During his Air Force career he also earned a degree in Business Administration and Economics from Chapman University of Orange, California.
After retirement he worked as a Senior Internal Auditor for American Express, operated a real estate office in Fort Lauderdale, Florida, worked with the Census Bureau, the US Postal Service, the State of Florida Department of Transportation, and tutored military personnel in math and English at MacDill AFB, Florida. He retired in the early nineties and traveled extensively around the United States and made his first trip to Hawaii in 2003, where he lived for six years. He started the Francis Calistus O’Hanlon Foundation in 2008; from 2008 to 2013, the FCOF Scholarship was available to seniors at East Liverpool High School, for students in need with a dream of being college educated.
He was the author of the book, Reflections; sharing thoughts one-on-one, ran seven marathons, including Boston, had a private pilot’s license, and was a delivery boy for The Review while in elementary school.
Friends will be received on Sunday, May 22, 2016, from 2:00-4:00 p.m. at the McIntire, Bradham, & Sleek Funeral Home, 216 E. Larwill St., Wooster.
A Mass of Christian Burial will be celebrated on Monday, May 23, 2016, at 10:00 a.m. at St. Mary Catholic Church, 527 Beal Ave., Rev. Joseph Seebauer officiating. Burial will be Tuesday, May 24, 2016, at 1:30 p.m. at the Ohio Western Reserve National Cemetery in Seville. Family and friends should arrive at the funeral home at 12:15 p.m. to proceed to the cemetery.
Online condolences may be left for the family at www.mcintirebradhamsleek.com. In lieu of flowers, donations can be made to: Friends of Birch State Park, Inc., 3109 East Sunrise Blvd., Ft. Lauderdale, FL 33304 or online: http://birchstatepark.org/get-involved/donate/ OR Vets Inc., PO Box 112, Wooster, OH 44691, or online: www.vetsinc.net
The family would like to thank the staff of Danbury Woods for the pleasant atmosphere and wonderful care that was given to Al. 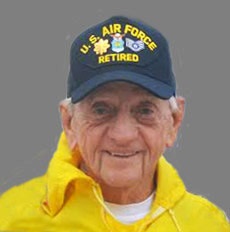