WOOSTER  Robert Phillip Phil  Arnold, 54, of Wooster passed away on July 11, 2016 at his home.
He was born March 29, 1962 in Wooster the son of Robert L. and Jean Roach Arnold.
He had been employed by Sigler Painting for 20 years.   Phil was an avid knife collector and loved going to the library.   He was a huge fan of Ohio State and the Cleveland Indians and enjoyed spending time with his grandchildren.
He is survived by his mother, Jean Arnold of Orrville, his daughter, Sharon (Georgie) Manuel of Wooster; grandchildren, Meghan Arnold, Sincere, Xavier and Khalil Manuel; sisters, Sally Dearth of Wooster, Tina Snure of Smithville and Dorothy Yoder of Orrville; his former wife of 16 years, Betty Amstutz, special mother-in-law, Sonja Taulbee, special nephew, Wade Adams and a special friend, Dave Gorrell.
He was preceded in death by his father and a son, Christopher Arnold.
Friends will be received at the McIntire, Bradham & Sleek Funeral Home, 216 E. Larwill St., Wooster on Monday, July 18, 2016 from 6-8:00 p.m.
Funeral services will be held on Tuesday, July 19, 2016 at 11:00 a.m. at the funeral home with the Rev. Carolyn Berry officiating.   Burial will follow in Wooster Cemetery.
Online condolences may be left for the family at www.mcintirebradhamsleek.com. 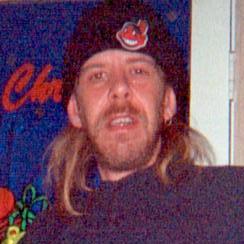