APPLE CREEK  Dennis K. Bean, 65, of Apple Creek passed away on Saturday, December 24, 2016 at Wooster Community Hospital.
He was born November 13, 1951 in Warren, the son of Robert Bud  and Marguerite Blackshere Bean.
He was a 1970 graduate of Champion High School in Warren and a 1974 graduate of Bowling Green State University.   Dennis had worked for ACDC for 30 years as a Qualified Mental Retardation Professional retiring in 2005.
He loved gardening and was a big Ohio State Fan attending games for over 40 years.   He also loved spending time with his daughter and grandchildren.
He is survived by his mother, Marguerite Bean of Warren; his daughter, Heather (Richard) Patterson of Wooster; grandchildren, Skylar Patterson, Kyleigh Wells and Ethan Wells; his siblings, Carolyn (Garry) Stear of Warren, Gary (Sherrie) Bean of Mississippi; special family members, Brandon Bucher of Wooster and Kari Bean of Mansfield, several nieces and nephews and special friends Tami and Bob and his beloved dog, Emma.
He was preceded in death by his father.
Friends will be received 1 hour prior to the 6:00 p.m. service on Thursday, December 29, 2016 at the McIntire, Bradham & Sleek Funeral Home, 216 E. Larwill St., Wooster with the Rev. Charles Tobias officiating.
In lieu of flowers, contributions may be made to Nick Amster Workshop, 1700 Old Mansfield Rd., Wooster, OH 44691.
Online condolences may be left for the family at www.mcintirebradhamsleek.com. 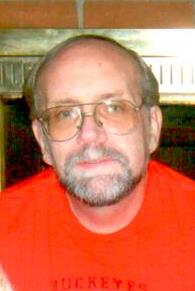