WOOSTER  Tyson M. Snyder, 32, of Wooster, was rescued by the sovereign hand of his sweet Savior from the wreckage of a helicopter accident on Monday, Jan. 15, 2018, in Toledo, Ohio.
Born November 20th  1985, at Orrville Memorial Hospital. Tyson was a 2004 Graduate of Wooster High School.   Tyson served our country through the  United States Marine Corps  for eight years under the (NBC) Nuclear Bio-Chemical Defense position. USMC Tyson Snyder  served proudly in two tours in Iraq and Afghanistan along with 1st Platoon, Echo Company, 1st Battalion, 14th Marine Regiment, Marine Wing Support Group 37 (Reinforced), 3rd Marine Aircraft Wing. He was highly decorated with several medals, awards, badges and achievements during those two tours. Tyson attained the ranking of USMC Sergeant.
After serving in the Marines, Tyson obtained his degree and CFI training (Certified Flight Instructor) from Guidance Aviation in Prescott Arizona where he became a commercial helicopter pilot. Formerly employed with Paratus Air in Port Clinton Ohio; Tyson gave tours over Lake Erie and instructed fellow pilots in training. With much experience; in 2017 Tyson earned his dream career with Vista 1 Inc. out of Wayne County. Tyson was overjoyed to be closer to his family and serve as a pilot doing Arial utility transmission inspections along with First Energy contractors.
Tyson will be dearly missed and survived by the love of his life, Kalli M. Hugus of Wooster, his grieving parents, William J. Snyder and Julie A. Snyder (Viar) of Wooster along with his loving sister Ashley N. (Josh) Escola and his adored nephew Maxton, and niece Roslyn of Massillon. He is also survived by his loving dog Walter. Tyson had many close friends and family that loved his presence and are sharing this grief along with his family. He is proceeded in death by his Grandfather, William (Bill) Snyder, grandmother, Shirley M. Viar and Uncle, Jon M. Viar.
In Tyson’s short 32 years here, he made many laugh to the point of tears and internal pain. He was great at impersonating people (especially his mother) and humoring loved ones while spontaneously quoting funny movie lines. Tyson loved dancing, golfing, Tito’s vodka, moonshine, and all of the Ohio sports teams. He was depressed for the Cleveland Browns, but would relieve stress by shooting guns, riding dirt bikes, playing black jack, and gold mining with Kalli out west- (with unrealistic hopes of getting suddenly rich). He loved Christmas and he loved celebrating holidays with loved ones. Tyson celebrated the 4th  with overly-priced, dramatic/ dangerous fireworks. Tyson had a meticulous pallet: He was known to traditionally buy/eat chocolate cake on the Marine Corps Birthday, he often had random cravings for cafeteria food, Military MRE’s and craved cupcakes for breakfast, yet he despised Indian Cuisine. He couldn’t stand Mariah Carey, but was slightly obsessed with the newest Taylor Swift album. Tyson was unique, gifted and one of a kind; he loved deeply, laughed often, cried little, loved life and loved Jesus.
Tyson will be missed. Fly high. Semper Fidelis.
For I am convinced that neither death, nor life, nor angels, nor principalities, nor things present, nor things to come, nor powers, nor height, nor depth, nor any other created thing, will be able to separate us from the love of God, which is in Christ Jesus our Lord. Romans 8:38-39.
Friends will be received Sunday, Jan. 21 from 2-6 p.m. at McIntire, Bradham & Sleek Funeral Home, 216 E. Larwill St., Wooster, where funeral services will be held Monday, Jan. 22 at 11:30 a.m. with Pastor Vince DiDato and Pastor Nathan McWherter officiating.   Burial will be in Ohio Western Reserve National Cemetery, Seville.
Memorial contributions may be made to Wounded Warriors Project, PO Box 758516, Topeka, KS 66675.
Online condolences may be left for the family at www.mcintirebradhamsleek.com. 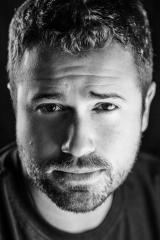