WOOSTER  Randall G. Wenger, 65, of Wooster died peacefully surrounded by all the people who loved him on Easter Sunday, April 1, 2018 at his home.
He was born in Wayne County on August 14, 1952 the son of Earl and Marian Schrock Wenger.
Randall had been a welder and material handler at Wilbert for 35 years.   He was a former member of the Eagles and the Moose.   He loved riding motorcycles, having bon fires, 4 wheeling and being outdoors. Randy was a very hard worker and liked to stay busy.   He was a kind soul with a big personality and would do anything for his family and friends.   He was known as Goofy Grandpa .
Surviving are his daughters, Amber (Gregory) Tompkins of Gilbert, Arizona and Mystica Wenger of Wooster; step-children, Nicole Flinn, Chris Brown and Eric Shetler; his step-mother, Lois Wenger; grandchildren, Destinee Haston, Deze Haston, Paisley Tompkins, Jack Tompkins, Korben Warren, Jayla Wenger and Jaicee Wenger; brothers, Jerry Wenger, Dwayne (Brenda) Wenger and Eugene (Nanya) Wenger, his sisters, Bert (Larry) Nitzsche, Helen (John) Miller, Juanita (Buzz) Maxwell, Jolene (Bruce) Buss and Wanda (Ron) Hebb, a brother-in-law, John Felicjan and a step-sister, Tina Rudy
He was preceded in death by his parents and a sister, Shirley Felicjan.
Friends will be received at the McIntire, Bradham & Sleek Funeral Home, 216 E. Larwill St., Wooster on Thursday, April 5, 2018 from 6-8:00 p.m.
A Celebration of Life service will be announced at a later date.
Those who wish may make memorial contributions to LifeCare Hospice, 1900 Akron Rd., Wooster, OH 44691.
Online condolences may be left for the family at www.mcintirebrahdmsleek.com.

Service
Celebration of Life service to be announced at a later date. 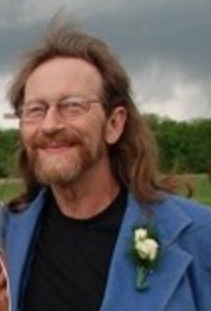