Robert R. Retherford, 77, of Wooster, formerly of Apple Creek, passed into his eternal home to be with his Lord and Savior on September 1, 2018 following a long period of declining health.
He was born on January 19, 1941 to Robert and Grace (Watts) Retherford and married Neva Reidenbach on December 2, 1960. His father passed away prior to his first birthday, and his mother later married Neal A. Retherford. His parents preceded him in death.
Robert graduated from Wooster High School and worked at The Wooster Brush Company from 1959 until his early retirement due to physical disability in 1984. Around that time, he became involved in Amateur (Ham) Radio, which served as a meaningful hobby throughout the rest of his life. Through ham radio, he developed many close friendships, both locally and across the world, which he treasured dearly. Robert was a member of the Wayne Amateur Radio Club for many years. He held the highest license class, Amateur Extra, and had the call sign KA8PGV. His ability to talk with anyone about anything and his genuine compassion for others are some of the things his ham radio friends will miss the most.
He was a member of St. John s Lutheran Church in Massillon and enjoyed many years of home visits from the clergy.
One of the greatest joys in Robert s life was his family. He is survived by his wife Neva, children, John (Denise) Retherford and Tina (Joe) Boughner; four grandchildren Marc (Sheila) Harvey, Brian Harvey, Ashley (Ethan) Whitt, and Allison (Corey) Rogers; four great-grandchildren, Madalyn and Jameson Harvey, Lucas Rogers, and Chloe Whitt; brother Randy Retherford and sister Shirley Aldrich.
His family is so thankful for the kind and professional care shown by the staff of Wayne Manor Assisted Living for the past seven years. The family also wishes to express deep gratitude to the staff of the Avenue at Wooster and LifeCare Hospice for their comfort and compassion during his final days.
Funeral services will be held on Friday, September 7, 2018 at 11:00 AM at McIntire, Bradham, and Sleek Funeral Home, 216 E. Larwill St. Wooster, with Rev. John Telloni officiating. Interment will take place at Sherwood Memorial Gardens.
Friends will be received on Thursday from 5:00-8:00 PM at the funeral home.
In lieu of flowers, the family requests donations be made in Robert s honor to LifeCare Hospice, 1900 Akron Road, Wooster, Ohio 44691.
Online condolences may be left for the family at www.mcintirebradhamsleek.com

Visitation
Thursday, September 6, 2018 from 5-8 pm at the funeral home 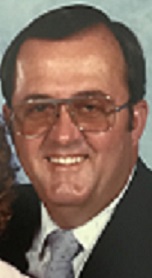