WOOSTER – Eleanor L. Riggle, 95, of Wooster, died July 9, 2019, at Danbury Woods.
A Mass of a Christian burial will be celebrated on Tuesday, July 16, 2019 at 10:00 a.m. at St Mary’s Catholic Church, 527 Beall Ave., Wooster with Rev. Richard Samide officiating.   Burial will follow in St. Mary Cemetery.
There will be no calling hours. Mcintire, Bradham, and Sleek, 216 E. Larwill St., Wooster is handling the arrangements.
She was born on May 18, 1924, in Zanesville, Ohio, to Carl and Beatrice Hiebel.   She married Richard S. Riggle in 1945.
Eleanor was an active member of St. Mary’s Church, past President of the Wooster Woman’s Club and Sweet Adalines. She was an avid golfer at Julie FeCountry Club. Eleanor was secretary at Riggle Brothers for over 50 years.
Her family would like to thank the many workers at Danbury and Hospice for all their help and support.
Surviving are daughter Louise Ann (Michael) Parker of Nevada, Linda Lee (David III) Hutchinson of Wooster, and Mary Beth Rinard of Columbus, grandchildren, Jason and Nick Abbott, Chris and Sean Parker, and Stephanie Rinard, and seven great-grandchildren.
She was preceded in death by her husband, Richard, and her seven brothers.
Memorial contributions may be directed to Ohio’s Hospice LifeCare, 1900 Akron Road, Wooster, Ohio.
Online condolences may be left for the family at www.mcintirebradhamsleek.com. 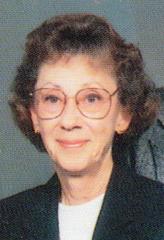