Herbert  Clark  Spencer,  92, of Wooster, passed away on Wednesday, September, 11, 2019 at Scenic Pointe Nursing and Rehab Center in Millersburg.   Herbert was born on December 14, 1926, the second child of the late Dr. Warren P. Spencer and Ruth Clark Spencer, and grew up in Wooster.   He was a remarkably bright child and ranked first in the state in English for the Kent State Scholarship test two years in a row while in high school.   He graduated from Wooster High in 1943, one year early due to a skipped grade.
He enrolled at Wooster College but interrupted his studies in 1945 to enlist in the US Army, serving in the Pacific theater at the close of World War II.   He graduated from Wooster College in 1950 with a bachelor s in psychology and continued his graduate studies in psychology at Vanderbilt University until 1953.   Herbert held a variety of jobs throughout his life including work in data entry when computers were still in their infancy.   He was fascinated by mathematics and numbers, and by trivia with which he would regale friends and visitors.
He also loved modern art and practiced sculpture for a number of years.   A kind and gentle man, he cared deeply about the world s problems and did what he could to address them.   Religion was very important to him and for many years he was a member of the Unitarian Universalist Fellowship of Wayne County.   Also known as Clark  to his family, in college he went by Harpo  due to his curly hair,   and as Herbie  at Scenic Pointe.   He and his late sister Martha spent many years at Sycamore Run/Scenic Pointe.
He will be missed by his remaining family, a sister Sylvia Spencer Petrie of Peace Dale, Rhode Island and her grown children Philip, Emily and Lisa.   He will also be missed by his second family at Scenic Pointe where he was greatly beloved.
A memorial service for Herbert will be held at Scenic Pointe Nursing and Rehab Center in Millersburg, at 10:00 a.m. on Saturday, October, 19.
McIntire, Bradham & Sleek Funeral Home, 216 E. Larwill St., Wooster is assisting the family.
In lieu of flowers, donations may be made in his name to Ohio s Hospice LifeCare, 1900 Akron Rd., Wooster, OH 44691, or online at www.ohioshospicelifecare.org.
Online condolences may be left for the family at www.mcintirebradhamsleek.com. 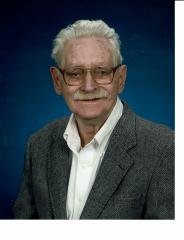