Warren DeVere Stanley, 91 passed away on Thursday, February 6th, 2020 at Sycamore Run Nursing & Rehabilitation Center in Millersburg, Ohio.
He was married on August 14, 1971 to Patricia Lois Rutherford, who preceded him in death on October 9, 2017.
Warren was born on March 13, 1928 and raised with his 6 siblings by his parents, Clyde and Ruby (Sheppard) Stanley on the family farm in Congress, Ohio. He served as a Sergeant in the Army during the Korean War and was awarded the Purple Heart. After returning home from Korea, he attended Wooster Business College and started his own business, operating Wooster Motors on Pittsburgh Avenue in Wooster until his retirement in 1993.
Surviving are sons, Christopher (Pam) Stanley of Wooster and Michael Warren (Michele) Stanley of Belmont, Ohio; stepsons Jeff and Michael Gordon of Wooster and stepdaughter Wendy (John) Vura of McKinney, TX. Grandchildren are Nathan, Nevin, Noah, Joseph, Stephen, Natalie, Emily, Angela, Brent, Morgan and Emma. Great grandchildren are Charles, Alexandria, Myla, Leah and Adalynn.
He was preceded in death by his parents, his daughter, Elizabeth (Stanley) Maynard, sisters June, Evelyn, Marguerite, Carol, Glorine, and a brother, Norman.
McIntire, Bradham, and Sleek in Wooster is honored with serving the family.
There will be no visitation. The family is scheduling a celebration of life to take place at a later date.
The family would like to extend a special thanks to the staff of Wooster Community Hospital, Glendora Health Care Center, Sycamore Run Nursing & Rehabilitation Center, and Lifecare Hospice of Wayne & Holmes County for taking care of Warren in his final days.
Online condolences may be left for the family at www.mcintirebradhamsleek.com.

Service
A celebration of his life will take place at a later date. 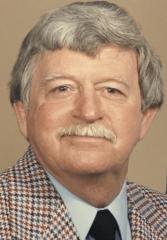