BIG PRAIRIE  Donald E. Landfair, 91, of Big Prairie passed away on Tuesday, February 18, 2020 at the Holmes Co. Home.
He was born July 1, 1928 in Branch Co., Michigan, the son of Stanley and Gladys Wood Landfair.   He married Virginia Runkle on June 7, 1953.   She survives.
He was a farmer and a horse trader his entire life and had been an auctioneer.   Horses were his lifelong passion and he was a member of the United States Trotters Association.   He was a member of the Holmesville Church of Christ where he had taught Sunday school.
Surviving in addition to his wife, Virginia, are his children Linda (Richard) Alday of Ft. Wayne, Steven (Gloria) Landfair of Shreve, Sandy (Gladys) Landfair of Millersburg, Candy (Ralph) Armstrong of Portland, Indiana and Mike (Terri) Landfair of Nashville; grandchildren Ray (Ann), Cathy, Chris, Jason (Lynn), Billie (Matt), Josh (Rachel), Kevin, Darin, Douglas and Randee (Luke); 14 great-grandchildren with 1 due in July; 17 great-great-grandchildren and a brother Robert (Patricia) Landfair of Gulf Breeze, Florida.
Donald was preceded in death by his parents, an infant son Donald E. Landfair, Jr. and brothers Jim and Duane Landfair.
Friends will be received on Friday, February 21, 2020 from 6-8:00 p.m. at the Holmesville Church of Christ, 204 W. Main St., Holmesville, OH 44633.
Private family funeral services will be held with burial in the Wooster Cemetery.
McIntire, Bradham & Sleek Funeral Home, 216 E. Larwill St., Wooster is assisting the family.
In lieu of flowers, those who wish may make memorial contributions to the Parkinson s Society of Ohio, 371 Campbell Hall, 1581 Dodd Drive, Columbus, OH 43210-1296.
Online condolences may be left for the family at www.mcintirebradhamsleek.com. 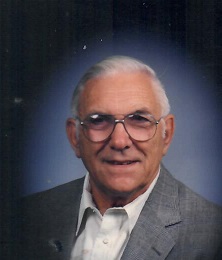