Trevor Laher, age 22, son of Doug and Karen (Schneider) Laher of Fort Worth, Texas, died on Friday, March 27, in a hiking accident near Idyllwild, California. He was part of a community of hikers on the Pacific Crest Trail. Trevor was an outstanding scholar and an experienced, enthusiastic hiker. He loved the life of the trail and he was on the greatest adventure of his life.
A graduate of The Ohio State University in December 2019 with a degree in Computer Science, Trevor was fulfilling his dream of hiking the Pacific Crest Trail, before he was scheduled to start a job with Microsoft as a software engineer this coming July. He started his adventure at the southern terminus of the trail in Campo, CA near the Mexican border and started hiking north. Trevor s personal goal was to reach Crater Lake, OR before leaving the trail and moving to Seattle with his girlfriend.
The accident occurred in the San Jacinto Mountains of California, where Trevor s hiking group encountered heavy snow near Apache Peak, south of Palm Springs. It is assumed that Trevor slipped on a snow-covered patch of ice, which precipitated his slide into a steep gorge. His companions were rescued by helicopter, but Trevor did not survive.
Trevor was born in Cleveland OH. He grew up in Grafton, then relocated to Texas with his family ten years ago. In addition to his parents, he is survived by his sister, Olivia; grandparents, Dave and Marilyn Laher of Peoria, Arizona, formerly of Wooster, OH and James and Linda Schneider of North Ridgeville, OH, girlfriend Elise Harmon of Norfolk, MA, aunt Joann (Fred) Hazlett, uncle Brian (Amy) Schneider, aunt Christine (Carr) Harris; cousins Amelia Harris, Meredith Hamilton, Derek Hamilton, Jared Schneider, Ian Schneider, his two closest friends Domenic Divencenzo and Chandler Gerstenslager from Ohio State and many other family members and friends throughout Ohio and Texas.
Trevor was a loving son, brother and friend to many. He cared about those around him and encouraged and uplifted those he cared about to Be the best versions of themselves they can be . He was described by his friends and colleagues as a brilliant computer coder who was going to someday write a software program which would change the world.
The family is being assisted by the Bayview Crematorium & Burial Services in Perris, CA and McIntire, Bradham & Sleek in Wooster, Ohio. A memorial service is being planned for a later date. In lieu of flowers, the family is requesting donations be made to Riverside Mountain Rescue Unit, 43950 Acadia Ave., Hemet CA 92544 or rmru.org .
For more on his adventure and journey on the Pacific Crest Trail, his father, Doug, chronicled his adventure in an article published in thetrek.co.
Note: The Pacific Crest Trail covers 2,650 miles, from the Mexico border in Campo, CA to the Canadian border in British Columbia. It passes through 25 national forests, 3 states and 7 national parks. Its elevation runs from just above sea-level at the northern border to 13,153 feet at Forrester Pass in the Sierra Nevada mountains.

Service
A memorial service will be held at a later date 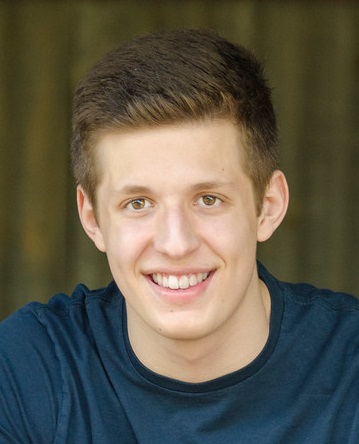