Dan David Garrison, 89 Of Wooster died the 3rd of April 2020. Dr. Garrison was born in Blanchester, Ohio September 1st 1930 to Mary Agnes Smith Garrison and Foster Wilson Garrison. Dan worked his way through college interrupted by the Korean War in 1951 at which time he enlisted in the United States Navy and served four years with 36 months at sea with task force 77 as petty officer 2nd class. Upon returning to civilian life in 1955 he resumed his college work and needed a BS degree from the Ohio State University. He continued his education as a research assistant from the Ohio Agricultural Research and Development Center and received a Master of Science Degree from the Ohio State University in 1956. He later earned his PhD in 1970 after 11 years in the agricultural industry. He was a 15 year member of Wooster Rotary from 1982-2006 and treasurer of the Wayne County Historical Society beginning 1979. He served as the Director of The Ohio State University s Agricultural Technical Institute and Associate Dean in the college of agriculture from July 1979 until March 1992. He started with the Agricultural Technical Institute as the Assistant Director for academic affairs in 1972 when the institute began operations. During his tenure at A.T.I. the University built it s first facilities on state route 250 with the exception of the Industry Conference Center and Equine Center for which the planning and development were completed during Dr. Garrison s tenure. By the time of Dr. Garrison s retirement in 1992, The Agricultural Technical Institute had become the largest and most highly respected of its kind in the United States. Before the Agricultural Technical Institute, Dr. Garrison worked for The Clark State Community College where he started as an instructor rising to Assistant Professor and Department Chairman. Dr. Garrison taught courses in marketing and management at the Clark State Community College from 1967-1972. His first industry employment in 1956 was as a management trainee with The Southern States Cooperative in Richmond Virginia and was promoted to Assistant Branch Manager and later to Branch Manager. He later served as General Manager of The Independent Farmer s Cooperative at Gibsonburg, Ohio and as Management Supervisor for General Grain of Indiana before entering work education in 1967. He was awarded the State F.F.A. Farmer s Honorary Degree in 1983 and outstanding achievement award for his service in agriculture by his home town. Dr. Garrison served on advisory committees for The Ohio Board of Regents as well as the joint committees with The State Department of Education in the establishment of tech prep throughout Ohio. He served on National Review Teams for North Central Accreditation Associates as a member and as Chairman reviewing of technical agricultural programs in Maryland and Nebraska. He was a member and officer on the Ohio Council for Vocational and Technical Education. Dan was an active member with The American Association of Communities of Junior Colleges and was elected president of one of the governing counsels of that association in 1990. He was active in Wooster Chamber activities and was elected Chairman of the Board of Directors in 1990. He served with the Wooster Score Office and often teamed with Harold Freelander and Victor Norton in counseling individuals desiring to start a business. He was a member of the VFW and life member of his Navy ship (A.E. Am vets) Mount Baker.   Dr. Garrison was one of the pioneers in Technical Education in Ohio for Agriculture. He was a life member of the OSU Alumni Association and served as an advocate for OSU in legislative lea-son. Dr. Garrison loved to be outdoors and spent many hours with his wife Betty working on the grounds surrounding their home. He is survived by his wife Betty whom he married on June the 7th 1959. He is also survived by his two daughters Addie and her husband Rod Scheibe of Wooster and Mary and her husband Robert Ladrach of Wooster. He is also survived by four grandchildren Amanda and her husband Willis Raber and their children Caroline Rose and Wyatt Allen of Wooster and grandson Benjamin Scheibe of Wooster, along with granddaughter Katie and her husband Jared Kovach of Delaware Ohio and grandson Daniel Ladrach of London Kentucky. In addition, he has a surviving sister Dr. Joy F. Garrison Cauffman, PHD and her son Christopher Cauffman and his wife Karen of Germantown, Maryland.
Due to the current Covid-19 situation, there will be no services.
McIntire, Bradham & Sleek Funeral Home, 216 E. Larwill St., Wooster is assisting the family.
Contributions may be sent to ATI Family and Friends, and Ohio s Hospice LifeCare.
Online condolences may be left for the family at www.mcintirebradhamsleek.com

Service
There will be no calling hours or services 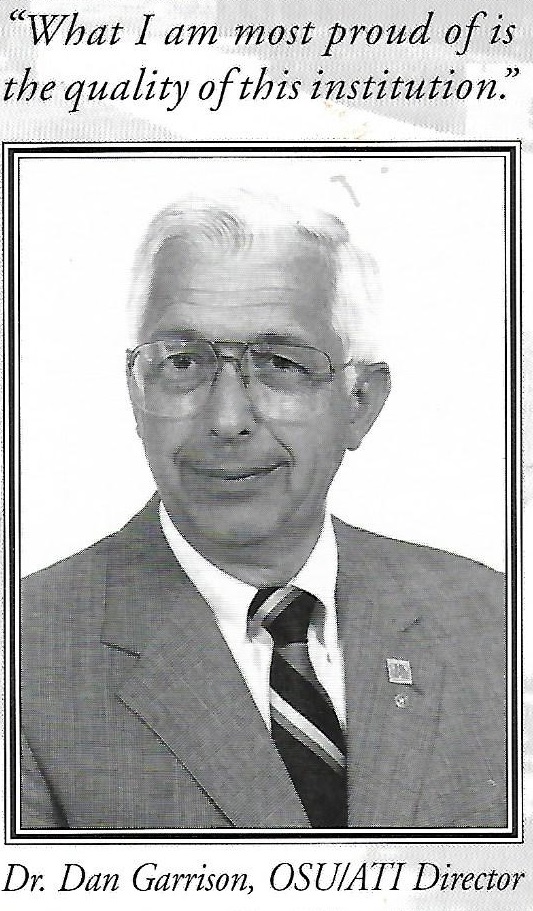