HOLMESVILLE  Jason Lee Lucas, 41, of Holmesville passed away on May 1, 2020 at his residence.
He was born March 31, 1979 in Wooster the son of Coleman and Susan Henry Lucas.
Jason was a 1998 graduate of the Wayne Co. Career Center and was a Service Writer at Village Motors in Millersburg.   He loved hiking, camping and the ocean and was an avid NFL fan and loved the Seattle Seahawks.
He proudly served his country with the US Army.
Surviving are his mother and step-father Susan and Michael Baker; his children Sophie, Sean and Ryan Lucas; his fiancÃ© Tabitha Rose and her children Jacob, Becca, Colin and Addison; his siblings Ann Kelley, Shawn Baker, Leigh Kelley and 4 nephews and 2 nieces; he will be greatly missed by his fiancÃ©’s entire family and his best friend Joey Fiano.
He was preceded in death by his father; his future father-in-law Jeff Rose; his future brother-in-law Michael Rose; and his fiancÃ©’s grandfather Richard Rose.
Calling hours and a memorial service will be held at a later date.
McIntire, Bradham & Sleek Funeral Home, 216 E. Larwill St., Wooster is assisting the family.
Those who wish may make memorial contributions to the funeral home to help defray expenses.
Online condolences may be left for the family at www.mcintirebradhamsleek.com. 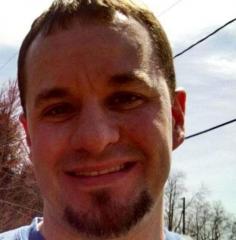