WOOSTER  Richard E. Rick  Connelly, Jr., 56, of Wooster passed away on Tuesday, July 28, 2020 at his home.
He was born March 5, 1964 the son of Richard E. and Janet Chance Connelly.   He married Melissa Kissel on July 27, 1999.   She survives.
He was a self-employed HVAC Contractor for the last 25 years.   Rick was a member of the New Pittsburg United Methodist Church and the Eagles Lodge.   He enjoyed model airplanes, history, the Green Bay Packers, his beloved Beagles and spending time with his family, especially his grandchildren.
Surviving in addition to his wife are his children Richard K. (Stephanie) Connelly of Jeromesville, Danielle (Justin) Starlin and Bobby (Ashley) Compton both of Wooster, Amanda (Aaron) Coffman of Atlanta and Christina (Kevin) Sisak of Akron; his parents of Wooster; grandchildren Makenna, Addyson, Emmalee, Sophia, Eleanor, Rori, Hudson and Maizy and a sister Christy (Kirk) Miller of Wooster.
Friends will be received at the McIntire, Bradham & Sleek Funeral Home, 216 E. Larwill St., Wooster on Sunday, August 2, 2020 from noon until 2:00 p.m.   Due to COVID-19, masks must be worn at all times and social distancing will be observed.
Private family services and burial will be held.
Online condolences may be left for the family at www.mcintirebradhamsleek.com. 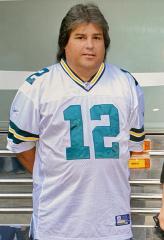