WOOSTER – Charles E. Stock, 80, of Wooster, died August 6, at LifeCare Hospice after a brief illness.
He was born in Johnstown, PA, on August, 8, 1939, to Ellsworth C. and Naomi Redick Stock.   He graduated from Conemaugh Twp. High School in Davidsville, PA, and joined the US Marine Corps, which was a seminal experience for him.   After leaving the Marines, he pursued further education and received a BA in elementary education from The Ohio State University, and taught 3rd grade for several years in southern Ohio before returning to OSU for his Master s Degree in Ag. Economics.   He joined the newly formed Agricultural Technical Institute of The Ohio State University in 1974, and taught and advised many students until his retirement as Assistant Professor Emeritus.   He then joined the Wayne County Schools Career Center as an Adult Education Coordinator, until his second retirement.
He served on the Wooster Zoning Appeals Board and was active in many roles at Zion Lutheran Church.   He greatly enjoyed sailing at The Mohican Sailing Club at Charles Mill Lake and then realized a long-time dream by purchasing and restoring a larger sailboat Mysterious Ways  which he sailed out of Sandusky Bay on Lake Erie, until ill health prevented.   He was an avid trap shooter, and enjoyed doing that until shortly before his passing.
He is preceded in death by his parents, his sister, Donna Garman, and his son, Charles Edwin.   He is survived by his children Meegan (Brendan Niemira) of Oreland, PA, Ethan, (Rika) of Belmont, CA, and Ben (Amanda) of Wooster, OH, seven grandchildren, former wife Judi Stock of Wooster, and brother, Gregory, of Davidsville, PA.
Interment will be private, and a memorial service will be scheduled when gatherings can safely be held.
McIntire, Bradham & Sleek Funeral Home, 216 E. Larwill St., Wooster is assisting the family.
Donations in his memory may be made to Zion Lutheran Church, 301 N. Market St., Wooster, OH 44691.
Online condolences may be left for the family at www.mcintirebradhamsleek.com. 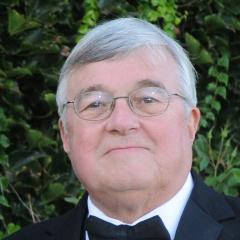