WOOSTER – Lawrence Rodney Rod  Johnson, 86, of Wooster, died Thursday, September 3, 2020 at Wooster Community Hospital after a period of declining health.
Rod was born February 1, 1934 in Youngstown, Ohio to Alfred and Lucille (McCoy) Johnson. The family returned to Wooster and he grew up around the McCoy family farm on Friendsville Road.The family enjoyed numerous summers at Lake Mendota in Madison, Wisconsin. He was a 1952 graduate of Wooster High School and attended the University of Wisconsin where he was a member of the marching and symphonic bands and marched in the 1953 Rose Bowl Parade. From 1957-59, Rod served as a non-commissioned officer with the U.S. Army of Occupation in Germany. After his return to civilian status, he accepted a position as engineer with the Walters Jones Construction Company. Rod married Patti Rogers on August 27, 1960, and they recently celebrated their 60th wedding anniversary. In 1964, he was named Superintendent of Physical Plant for the Ohio Agricultural Experiment Station (OARDC). Rod and Patti lived on the OARDC campus in the Triway District and raised their four sons Lars, Erik, Sten, and Nils until his retirement in 1992. Rod and Patti moved to Wooster after his retirement.
Rod was an active member of the Wooster and Triway Community. He served on numerous Committees and Boards including the Salvation Army, YMCA, Triway School Board, Triway Little League, and Wooster Planning Commission. He enjoyed coaching his sons in little league for many years. He also played string bass for the Triway Capers and Red Stocking Revue. He was a lifelong member of the Madisonburg United Methodist Church of the Cross. Rod enjoyed playing bridge and was an avid golfer. He played volleyball for many years in Wooster and across Ohio and in later years participated in several Senior Olympic Games. He also loved music and playing the piano.
Rod loved his family and enjoyed supporting all of their musical and athletic endeavors. For decades he has had season tickets for Ohio State Buckeyes Football which family members fought for and enjoyed. He loved to build, helping his family with numerous remodeling and home improvement projects over the years. His lasting legacy to his family is the Cottage that he built at Lake Buckhorn, south of Millersburg in the late 1960 s and early 1970 s. The Cottage and Lake have and will continue to be enjoyed by his family and friends.
Rod was preceded in death by his parents and brother James. He is survived by his wife, Patti; sons Lars (Liz) and Erik ( Rose) of Wooster, Sten (Irma) of San Diego, Nils (Tracy) of Medina; grandchildren Erin (David) Moline of Michigan, Kayla, Kirsten, and Kelli of California, Jake, Olivia, Lainey, and Justie of Ohio.
There will be no calling hours. A private ceremony will be held for the immediate family at Wooster Cemetery.
McIntire, Bradham & Sleek Funeral Home, 216 E. Larwill St., Wooster is assisting the family.
In lieu of flowers memorial contributions may be made to The Salvation Army or The Madisonburg United Methodist Church of the Cross.
Online cond9oloences may be left for the family at www.mcintirebradhamsleek.com. 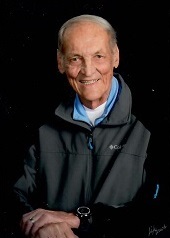