William R. (Bill) Schultz Jr., 79, of Wooster died on Sunday, October 4, 2020 at Ohio s Hospice LifeCare
He was born March 4th, 1941 in St. Louis, Missouri to Dr. William R. Schultz and Helen Speer Schultz.
Bill attended Wooster City Schools and graduated (Class of 1959), from Wooster High School. He earned a BA degree in Psychology and Sociology from Muskingum College in 1963, where he was a member of the Mace Club. He went on to graduate school at The Ohio State University, where he earned a Master s degree in Social Work in 1965. Bill was a Licensed Independent Social Worker (LISW) in the state of Ohio.
From 1965-1969 Bill worked with the Ohio Youth Commission in their maximum security facility at the Training Installation of Central Ohio (known as TICO) in Columbus- First as a social worker working directly with a cottage of 25 delinquent youth and later as a wing director in charge of four cottages. In 1969 he became the Chief Social Worker at the Juvenile Diagnostic Center (JDC) in Columbus.
Bill came to Boys Village in 1970 as Clinical Director in charge of all treatment services. He added the duties of Assistant Administrator in 1978 and became CEO of Boys Village in 1984.   He held that position at Boys Village, (now The Village Network), until his retirement in 2000.   During his time at the helm of Boys Village, the number of treatment programs increased from one to five (Residential program to Residential Foster Care, Day Treatment, Outpatient Treatment, and the Opportunity School in partnership with Wooster City Schools). The budget increased from $1,500,000 to over $12,000,000 during that period and the number of children served for both boys and girls went up from 63 to over 300 annually.   Boys Village also became Mental Health and ODADAS certified and achieved certification by the Council on Accreditation (COA) nationally.
Bill was active in the Wooster and Wayne County communities serving as the President of the Wayne-Holmes Counseling Center and President of the Wayne-Holmes Alcohol, Drug, and Mental Health Board. He served two terms as President of the Ohio Association of Child Care Agencies (OACCA). He was a charter member of the Multi-County Juvenile Attention System Board of Trustees and served on the Lt Governor’s task force to recommend changes to the juvenile justice system in Ohio. He was also a member of the executive committee of the Ohio School to Work initiative in Region Nine.
Bill was a lifetime member of First Presbyterian Church of Wooster serving on the personnel committee, the youth committee, and as a Sunday bus driver. He was a member of the Wooster Rotary Club and the Century Club of Wooster. In 1994 Bill was honored by the Ohio Association of Child Care Agencies with the George Stevens Award given for exemplary service in the mission of the agency to serve the children of Ohio. Bill was inducted into The Village Network Hall of Fame in 2017 and received recognition by the Ohio House of Representatives at the 132 General Assembly of Ohio on that occasion
He was a lifetime tennis enthusiast who also played table tennis in Wooster and at his winter home of Destin, Florida at the community center there.
Bill was lucky enough to have had two great loves in his life. He was first married to the former Royana Lampman from 1964 until her death in 2001. Bill later married Sue Snyder in 2005 to the present. Bill always enjoyed travel, from yearly family trips to Sanibel Island, FLA throughout his kids  school years to his first European tour with Royana in August of 2001. Bill and Sue continued to be world travelers with trips to Australia and New Zealand, England, France, Italy, Spain, Germany, Russia, The Panama Canal, Alaska, Hawaii among others.
Bill leaves behind three children: Will Schultz of Brunswick, OH, his wife, Tonya, and four grandchildren, Jessica, Christian, Dan and Katie; Karen Schultz Sweeney of Old Saybrook, CT, her husband, Hoyt and grandchildren, Liam and Grace; and Eric Schultz of Wooster, his wife, Melissa, and grandchildren, Anna and Lilly.   He also leaves stepson, Brad Snyder, North Carolina with wife, Kristi; and stepdaughter, Molly Roth of Wooster, her husband, Joe, and grandchildren Hannah and Leah Sanchez.
Bill was preceded in death by his parents, his brother Harvey, his sister Margie, his first wife Royana, and a grandchild, Joshua Schultz.
Given the current pandemic, a private memorial service will be held for Bill s immediate family with a celebration of life planned for the future.
McIntire, Bradham & Sleek Funeral Home, 216 E. Larwill St., Wooster is assisting the family.
In lieu of flowers, memorial contributions may be sent to The Village Network and First Presbyterian Church of Wooster.
Online condolences may be left for the family at www.mcintirebradhamsleek.com

Memorial Contributions
In lieu of flowers, memorial contributions may be sent to The Village Network and First Presbyterian Church of Wooster. 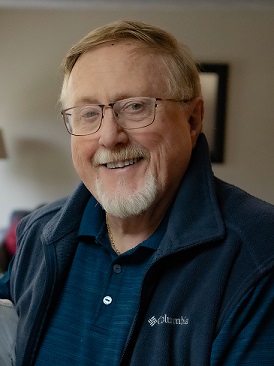