WOOSTER  Nora R. Jones, 86 of Wooster was rocked to sleep and is now resting in the blessed arms of her Lord and Savior Jesus Christ on Saturday, June 26, 2021 at Smithville Western Care Center.
She was born July 20, 1934 in Boykin, South Carolina the daughter of Abraham and Sallie Lee Patterson Gilyard.   She was baptized and accepted her Christian calling as a servant of Christ at a very young age.
Nora moved to Wooster with her family as a young girl in 1941.   She was a graduate of Wooster High School in 1954 and received her Bachelor s of Arts degree from Ashland University.   Nora was a longtime employee of Rubbermaid until they closed in 2003.   She also taught students at the YMCA at Luk, Inc, retiring in May of 2009.
She served in various ministries at her home churches of Second Baptist Church in Wooster and First Baptist Church of Wadsworth for many years.   She was a member of the Usher Board, Missionary Society, Strivers Club and helped organize church anniversaries and other special church events over the years.   Nora was a servant and member of the Northern Ohio Baptist District Association, and had been President of the Ushers Akron Sub District.   She contributed and helped with many projects to promote freedom in Wooster.
Nora had a God-given gift of baking and prepared many cakes, pies and cookies for her friends and family, especially during the holiday seasons.   Her signature German Chocolate Cake received a first-place award at the Ohio State Fair cooking contest in Columbus.
She was married to the late Roy Lee Jones and they resided in Orrville for several years where she met many friends who were a joy to her life.   Nora loved the children in her neighborhood and would often watch them play in the field next to her house.   She also loved senior citizens!
Nora leaves to cherish her memory her loving sister Lydia Thompson of Wooster as well as many nieces, nephews, cousins, friends and family.
Along with her husband, Nora was preceded in death by her parents and siblings Eliza Levels, Abraham, David, Isaac, Landen, Willie and Mack Gilyard and Jessie Blanding.
Friends will be received at the Second Baptist Church, 245 S. Grant St., Wooster on Saturday, July 10, 2021 from 10-11:30 a.m. followed promptly by a funeral service officiated by Rev. Rickey Brown.   Burial will follow in the Wooster Cemetery.   The service will also be live streamed on the McIntire, Bradham & Sleek Funeral Home’s Facebook page.
McIntire, Bradham & Sleek Funeral Home, 216 E. Larwill St., Wooster is assisting the family.
Those who wish may make memorial contributions to the Church in her memory.
She said goodbye, but her heart and footprints to serve God s people will remain forever.
Online condolences may be left for the family at www.mcintirebradhamsleek.com.

Memorial Contributions
Those who wish may make memorial contributions to the Church in her memory.

Service
Saturday, July 10, 2021 at 11:30 a.m. at the church.   The service will also be live streamed on the McIntire, Bradham & Sleek Funeral Home’s Facebook page. 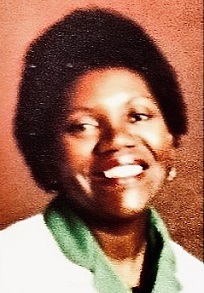