Robert B. Fisher, 76, who was currently residing at The Avenue at Wooster Care and Rehabilitation Center, died Wednesday, June 30, 2021 at Wooster Community Hospital after suffering cardiac arrest.
Bob was born September 21, 1944 in Wooster to Vernis and Nadene Fisher (Nadene Spealman Rogerson). Fish was a 1963 graduate of Wooster High School. In his youth he was a member of the Wooster Lumber Little League baseball team.
He helped to build the Lazy J Park and Ranch with Lloyd Jentes and traveled with Lloyd to fairs and shopping centers with his famous 6 horse Percheron hitch. Bob was employed by the LifeSaver Candy Company (now Kraft/Nabisco) for 32 years and was proudly called the Candy Man.
He spent 25 years of his life in the Strongsville/Brunswick area before moving back to Wooster in 1987. He retired from Kraft/Nabisco in 1998. You can see his sidewalk brick in front of the Merchants Block building in downtown Wooster. He also had a booth under the grandstand at the Wayne County Fair for several years, giving away LifeSavers.
Bob loved the Wayne County Fair! He had been a member of the Wayne County Saddle Club and the 447 Army Reserve Military Police. Bob loved horses and showed in the Central Ohio Saddle Club Association for several years, becoming a director. Bob was past President of The Western Reserve Matinee Harness Horse Club and proudly cared for a retired trotter named Rocky Desire for close to 10 years at the Wayne County Fairgrounds. He also gave carriage rides with Rocky. Bob also owned two other horses  High Hand Joe and Mike. He especially loved Budweiser Clydesdales and in 2015 traveled to Grant’s Farm in St. Louis to visit the Clydesdale Stables. His photo of the Clydesdales when they were at the Wayne County Fair in 2008 was used on a Cat’s Meow keepsake sold by the Fair Board.
Bob also had his beloved Yellow Lab Heather for 12 years.
Surviving are brothers Dick and David Fisher; half-brothers Brad and Tim Fisher, and half-sister, Sherry Fisher, all of Wooster, along with nieces and nephews. His sister Mary Johnson predeceased him in 2018 and her son Bill Johnson predeceased him in 2020.
Special thanks to his friends Marcella Hawkins and Mary Hites for helping him with so many things when he couldn’t take care of them himself.
Memorial contributions may be made to the Wayne County Humane Society, 1161 Mechanicsburg Road, Wooster, OH 44691.
There will be no calling hours or public service.
McIntire, Bradham & Sleek Funeral Home, 216 E. Larwill St., Wooster is assisting the family.
Bob lives on – as he was a donor to Lifebanc.
Online condolences may be left at www.mcintirebradhamsleek.com

Service
There will be no calling hours or public service. 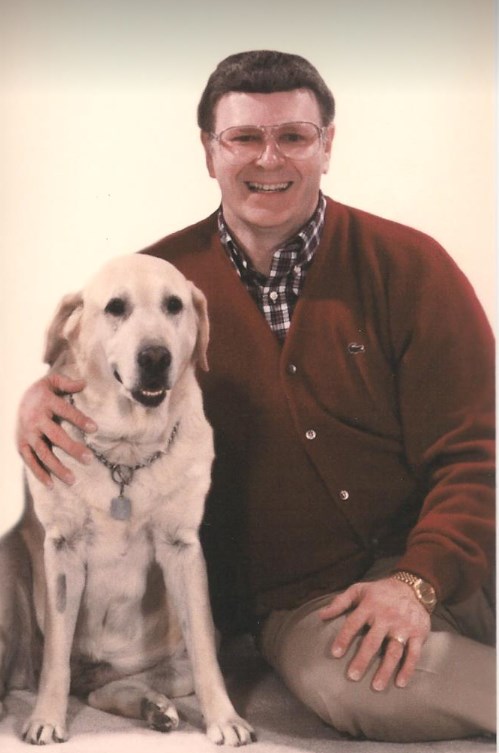