Winona Cleo McFadden (Longstreth), 85 of Wooster, Ohio danced into glory on the eve of Wednesday August 11th, 2021 after a long life well lived at the feet of Jesus.
Winona, devoted wife is survived by her husband Pastor Tom McFadden, beloved sons: Randy McFadden, Ronnie (Brenda) McFadden, and Rick (Lucinda Bing) McFadden all residing in Wooster, Ohio;  and a step-son Roger (Karen) Ball.  Also survived were the apple of her eye; grandchildren: Randy McFadden Jr, Crystal (Troy) Lewis, Christian (Ashley) McFadden, Summer McFadden, step-granddaughter Staci Hoover;  and great-grandchildren.
She was preceded in death and meeting her at heavens gates were siblings: Bud Longstreth, Orvil T. Grant Longstreth, Madelyn Muller, and Ruby Mellor; and step-grandson Shawn Ball.
Winona, born on December 4th 1935 in Killbuck, Ohio grew to be affectionately known for her sweet disposition, constant encouragement, and intimate walk with Jesus. Winona embodied what faith and grace in action looks like.
Funeral services will be held on Monday, August 16 at 2:00 PM at McIntire, Bradham & Sleek Funeral Home, 216 E. Larwill St., Wooster with Pastor Buddy Bevington officiating.   Interment will follow in Congress Cemetery.
Friends will be received at the funeral home one hour prior to the service on Monday.
Contributions may be directed to Ohio s Hospice LifeCare, 1900 Akron Rd., Wooster, OH 44691.
Matthew 25:1 His Lord said to him, Well done, good and faithful servant; you have been faithful over a few things and I will make you ruler over many things. Enter into the joy of your Lord. 
Online condolences may be left for the family at www.mcintirebradhamsleek.com

Service
Funeral services will be held on Monday, August 16 at 2:00 PM at the funeral home

Visitation
One hour prior to the service on Monday 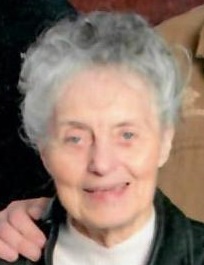