Todd Michael Snoddy, 54, of Wooster passed away on Thursday, May 5, 2022 at Cleveland Clinic in Cleveland, Ohio after a courageous battle with Leukemia with his wife and son by his side.
Todd was born on March 23, 1968 in Wooster to Larry and Shirley (Burnside) Snoddy.   On June 10, 1995 Todd was married to his loving wife Tracy of 26 years and are the parents of cherished son Trenton.   Parenting their son and enjoying his activities provided many memorable and exciting hours as a family.
He graduated from Wooster High School in 1986, he played both team soccer and on the Wooster golf team that went to the 1985 state tournament.   He was in marching and symphonic band that performed in Washington D.C. and qualified for the international competition in Canada.   In 1987, he attended the Joe Brinkman Umpire School in Cocoa, Florida.   He had a minor league offer, instead he chose to umpire at the high school and collegiate level.
Todd s love of sports and volunteerism began when he was young.   He played various sports and helped maintain local baseball fields.   When his son Trenton started playing sports he continued to help with fields and coached many of his son s teams, including Wooster Edge Soccer, Wooster Youth Baseball, Wooster Golden Gloves.
He worked at Wooster Hydrostatics where he enjoyed working for the past 16 years.   Previously he worked at Buehler s for 20 years while also working at the Wooster Country Club.
He enjoyed watching sports especially the Cleveland Indians, Cleveland Browns and Ohio State Buckeyes.   His other interests were 80 s music, history, government, flying RC planes, golfing, Nascar races and playing in the WHS alumni band.   In past years he was a disc jockey for multiple events and played taps for Veterans Memorial Services.
Surviving in addition to his wife Tracy, and son Trenton Snoddy of home, are his parents Larry and Shirley Snoddy of Wooster; Brother Brian (Mattie Betts) Snoddy of New Albany; Aunts/Uncles Cindy Burnside, Janet (William) Daly, Gary (Paula) Snoddy, late Charles (Janet) Snoddy, Carol (Bob) Denning, Bonnie Miller. Mother-in-law Barb (Randy) Karlen of Big Prairie; late Father-in-law James (Ginny) Spitler of Shreve; Sisters-in-law April (Todd) Mitchell of Wooster, and Jennifer Spitler; Nieces/Nephews Tyler & Autumn Billings, Jordan & Andrea Lehman, Alyssa Spitler; and numerous cousins and friends.   He was preceded by his grandparents William and Ruth (Rose) Burnside, Glenn and Miriam (Runkle) Snoddy.
The family extends sincere thanks to the oncology and transplant team at the Cleveland Clinic for many years of quality care.
Funeral services will be held on Wednesday, May 11, 2022 at 1:00 PM at McIntire, Bradham & Sleek Funeral Home, 216 E. Larwill St., Wooster.   Interment will follow in Wooster Cemetery.
Friends will be received on Tuesday from 6:00-8:00 PM at the funeral home.
Online condolences may be left for the family at www.mcintirebradhamsleek.com

Visitation
Friends will be received on Tuesday from 6:00-8:00 PM at the funeral home. 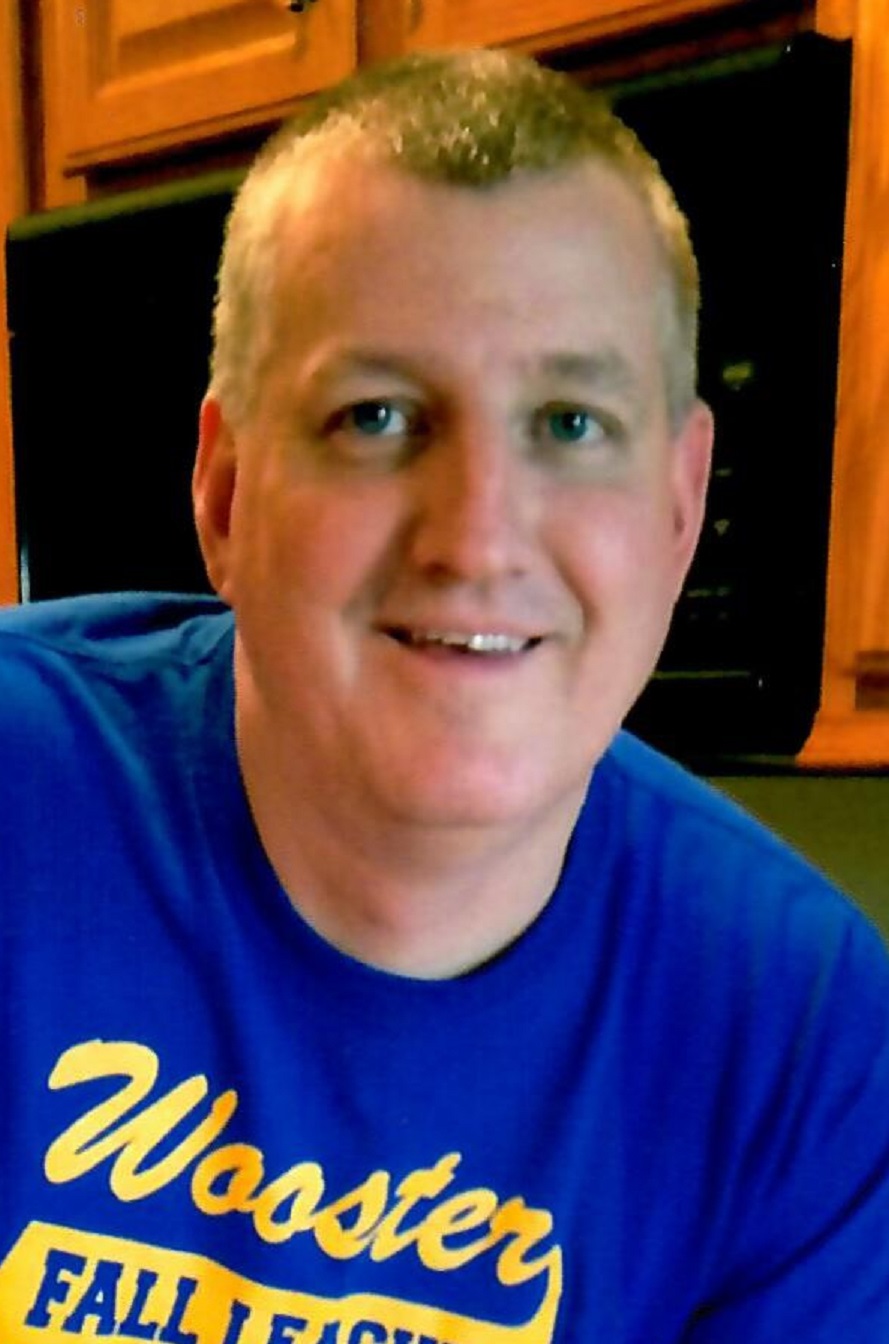