The family of David Justin Westfall    a resident of Wooster, Ohio  announces his passing at age 81 on Saturday, May 14th at the VA Medical Center in Cleveland, Ohio. Born in Sistersville, West Virginia in 1941, David J. Westfall grew up in a small town on the Ohio River. He performed piano by ear as early as the age of 4 and wrote his first piano pieces in his teenage years. He subsequently obtained a Bachelor of Science degree in music composition with coursework in piano from Oberlin College in 1963. David further completed coursework for an additional year studying music composition in Salzburg, Austria. It was there in the romantic scenery of Salzburg that he met the love of his life and beautiful opera singer, Luisa Velasco from Madrid, Spain.
David entered the U.S. Army following his graduation and served as staff arranger for the 7th Army Soldier’s Chorus and the 33rd Army Band in Heidelberg, Germany. After his honorable discharge, he earned a Master of Music in theory and composition with an applied minor in piano from West Virginia University in Morgantown in 1972. David concluded his education with three years of doctorate-level graduate coursework at the University of Cincinnati.
After leaving graduate school, David taught music at the University of Akron, was a church organist, a choir director and accompanist, and instructed students in piano while assisting his beloved wife as accompanist for her vocal student recitals. Upon retiring from instructing and performing, David concentrated on writing new pieces. Among his career highlights, David composed two operas, seven symphonies, four sets of rustic dances, eight string quartets, and multiple choral pieces, as well as publishing a book of poetry.
David has been recognized by  Marquis Who’s Who for Music Composition. Today his family endeavors to share his music by publishing, recording and distributing his many musical works. David J. Westfall was preceded in death by his parents, Justin and Wanda Westfall, and is survived by two sisters, Lucinda Nestor and Marilyn Reed, his loving wife Luisa (married to him for 56 years), their son Richard and daughter-in-law Griselda, grandsons Aaron and Justin, two nieces and three nephews, and four great nieces and six great nephews.
Inspirational messages and personal anecdotes for the family can be posted at  david-justin-westfall.forevermissed.com. A memorial service will be conducted at East Union Lutheran Church, 7063 Lincoln Way E., Wooster, Ohio 44691, at 11 a.m. on Saturday, May 21st, 2022.
McIntire, Bradham & Sleek Funeral Home, 216 E. Larwill St., Wooster, is assisting the family.

Service
A memorial service will be conducted at East Union Lutheran Church in Wooster, Ohio at 11 a.m. on Saturday, May 21st, 2022. 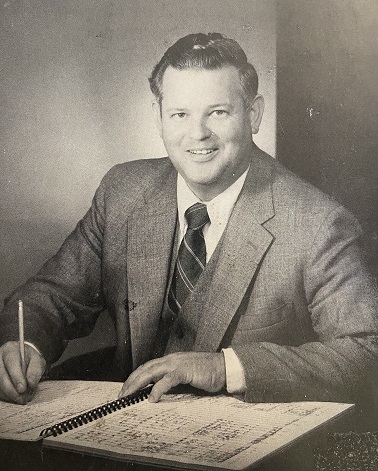