Bob had worked for NASA as Division Chief for the Test Installation Division at the Lewis Research Center in Cleveland.  He was a member of St. Mary Catholic Church and loved to play golf, spend his winters in Florida and especially spending time with his family.  Bob served his country in the U.S. Army during the Korean War.

He was preceded in death by his parents, his twin brother Dick Hoffman, sister Pat Jenkins, infant sister Maralyn Hoffman and the mother of his children Connie Windau Hoffman.

A Mass of Christian Burial will be held on Tuesday, October 25, 2022 at 11:00 AM at St. Mary Catholic Church, 527 Beall Ave., Wooster with Rev. Stephen Moran as celebrant.  Inurnment will follow in the Ohio Western Reserve National Cemetery in Seville.

Friends will be received one hour prior to the Mass at the church.

One hour prior to the service at the church 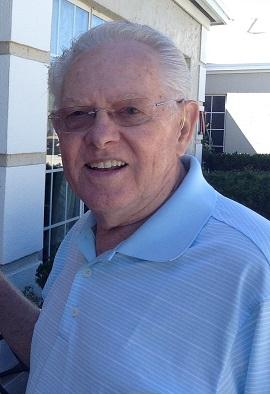