Dr. Thomas William Jackson was lifted to heaven with patient love and positive energy, passing comfortably, at home, with those he loved. He has joined his wife in eternal peace. (Jeanne 2014)
He was born in Piedmont, West Virginia on November 20th, 1919 to Nannie Bertha Gannon and Michael Francis Jackson.
Tom met the capable and efficient, registered nurse Jeanne Elizabeth Mort in Philadelphia while he was finishing his medical degree. They married in 1946 in his hometown of Westernport, Md.
He graduated from Potomac State College and went on to attain MAGNA CUM LAUDE and PHI BETA KAPPA from West Virginia University in 1941. Further, he earned his Doctorate of Medicine from the University of Pennsylvania in 1944 with a rotating internship in Anesthesiology.
He fondly recalled playing collegiate baseball at Potomac State yet had to give up this much-endeared pastime to focus on his medical studies once he entered West Virginia University.
During World War ll he served five years, combined, and was honorably discharged as a Captain Medical Corps, Army US of the 130th Station Hospital, Heidelberg, Germany. Thomas returned to Philadelphia and was named a Fellow of the American College of Anesthesiologists. Following this accomplishment, he moved to Cooperstown, NY, and was awarded the Diplomat of the American Board of Anesthesia.
Moving to Ohio to become an early partner in Anesthesiology Associates of Akron, his practice was the first, in this area, to utilize the skills of nurse anesthetists. Aside from his specialization, Doctor Jackson was a gifted diagnostician and highly sought-after IV therapist. He served the community proficiently for over 30 years, finally retiring in the mid-1980s.

He and Jeanne traveled a bit but were casual homebodies enjoying their Wooster home, garden, and wildlife. His investment club was a fun hobby as was golf, trap shooting, and a bit of fishing. He was a voracious reader and crossword puzzle lover to the end.

He was the larger-than-life family figurehead for his nieces and nephews. They are grateful to have had extra time with him as adults to pass on the stories of their parents and his influences upon them. No reunion was complete without his humor, sharp wit, and sarcasm. The smiling, quick-minded Uncle Tom with the funniest last word every time.

To those who loved and cared for him in his later years, he was a gentle soul who loved vanilla ice cream and hot coffee. He was an enthusiastic baseball game companion, a terrible navigator on country rides, and always ready for a donut. He never missed an opportunity to humor you with a play on words. Doc recently held court to celebrate his 103rd birthday and enjoyed friends, family, and gifts of candy. Everyone knew of his affinity for candy. He never met a meal he didn’t need if he had a bowl of candy nearby.  His intelligence and genuine aptitude for mischief will be missed. He felt a strong tie to West Virginia, despite having lived there less than 25% of his life.

The family would like to thank Home Care Angels LTD for the stellar, 24/7 care Doctor Jackson received, noting they treated him like family and kept him young for almost a decade. He truly loved his extended care family. An additional heartfelt thank-you to hospice and the kind hand they offered at the end.A celebration of life will be arranged at a later date.

In lieu of flowers please donate to Lifecare Hospice of Wayne County. 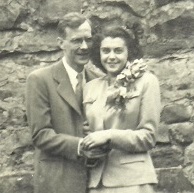