Robert A. Bob  Buehler, 63, of Wooster passed away peacefully on Wednesday, April 28, 2021 at his home.
He was born April 17, 1958 in Wooster to Donald and Shirley Winget Buehler. On February 12, 1983, he married Laurie Ferguson, who survives.
Bob was an owner and vice-president of marketing of Buehler s Food Markets for many years and had great admiration for all the employees he worked with over the years. He was a member of Grace Church, the Ebenezer Lodge, and served on the Salvation Army s board of directors. Most of all, Bob loved his family  a love that guided how he lived his life.
Along with his wife of over 38 years, Bob is survived by his children: Adrianne (Michael) Vincent of Hilliard, Brandon (Elaine) Buehler of Seattle, Brian Buehler of Cleveland, and Eric Buehler of Washington, D.C.; granddaughter Emma Buehler; his mother, Shirley Buehler of Wooster; brothers Roger (Valerie) Buehler of Loveland, CO, and Greg (Darby) Buehler of Wooster; his mother and father in law John and Marilyn Ferguson of Wooster; brothers in law John (Donna) Ferguson of Ashland and Tom (Julie) Ferguson of West Salem, and sister in law Angela (Rodney) Reich of Apple Creek along with many nieces and nephews.
Bob was preceded in death by his father.
Private family services will be held with Pastor Daron Butler officiating. Interment will be in Wooster Cemetery.
McIntire, Bradham & Sleek Funeral Home, 216 E. Larwill St. Wooster is assisting the family.
Contributions in Bob s honor may be directed to the Wooster Hope Center, 807 Spruce St., Wooster, Ohio 44691.
Online condolences may be left for the family at www.mcintirebradhamsleek.com

Service
Private family services will be held with Pastor Daron Butler officiating. Interment will be in Wooster Cemetery. 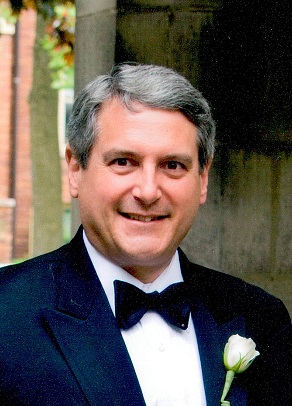