Larry served his country in the U.S. Army.  He was a self-employed truck driver for many years and retired from Santmyer Oil in 2017.

Larry enjoyed hunting, trap shooting.  He was a life member of the Elks and a member of the Ohio Thoroughbred Breeders & Owners.  Larry was a hard-working man who will be missed by his family and friends.

In addition to his wife, he is preceded in death by his parents and beloved pet Tasha.

Memorial contributions may be made to Ohio’s Hospice LifeCare, 1900 Akron Rd., Wooster, OH 44691. 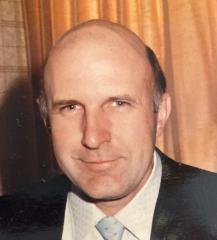